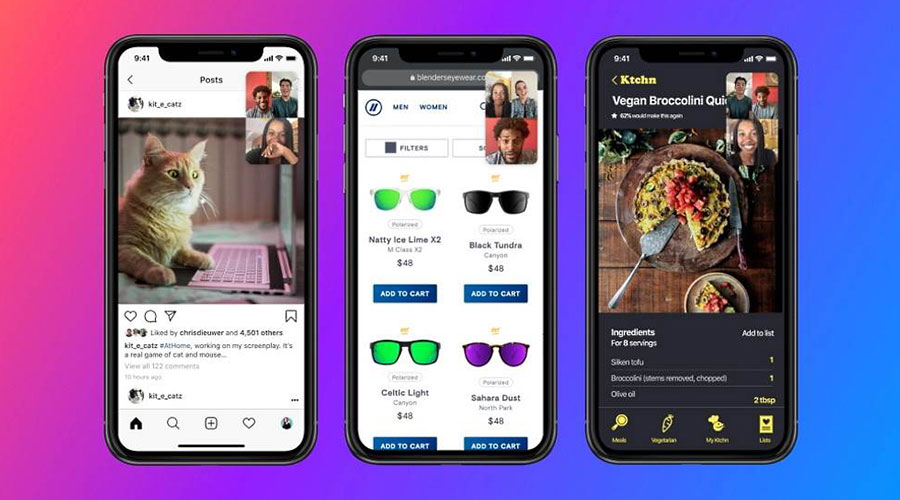 In an effort to compete with apps like Zoom, Facebook has now added Screen Sharing for video calls feature to the Messenger.

One can easily say coronavirus pandemic did bring technological advancement as the world moved towards digitization. Facebook has also made an undeniable effort to compete with Zoom, Google Meet, and Microsoft Teams and introduced screen sharing feature during video calling in its Messenger application.

The feature will be live very soon on Facebook Messenger for both iOS and Android versions and after updating the application you can share your screen while video calling with your colleagues or family.

The screen sharing feature will work in a group video call of up to 8 people and 16 people for those using Rooms.

As per Facebook on the screen sharing feature introduction, the company explained that it wants everyone to stay close to each other even when they are far away. Through sharing screen it gives a view of what you are doing with your device.

The feature is a perfect companion for office employees as they have to share their screen to give presentations and a security layer for parents as they can easily detect the activity on kids.

At the moment screen sharing on Messenger Rooms is available for 16 people and Facebook is working to expand the capacity to 50 users. Facebook is also working on a more advanced version of this feature with the introduction of controlled screen sharing, through this feature a participant can share screen to only those users which he selects.

Mark Zuckerberg always comes up with the needful features in his social media platforms and we are optimistic regarding many more to come in the near future.

Read our comparison of Zoom vs. Google Meet vs. Facebook’s Messenger Rooms here