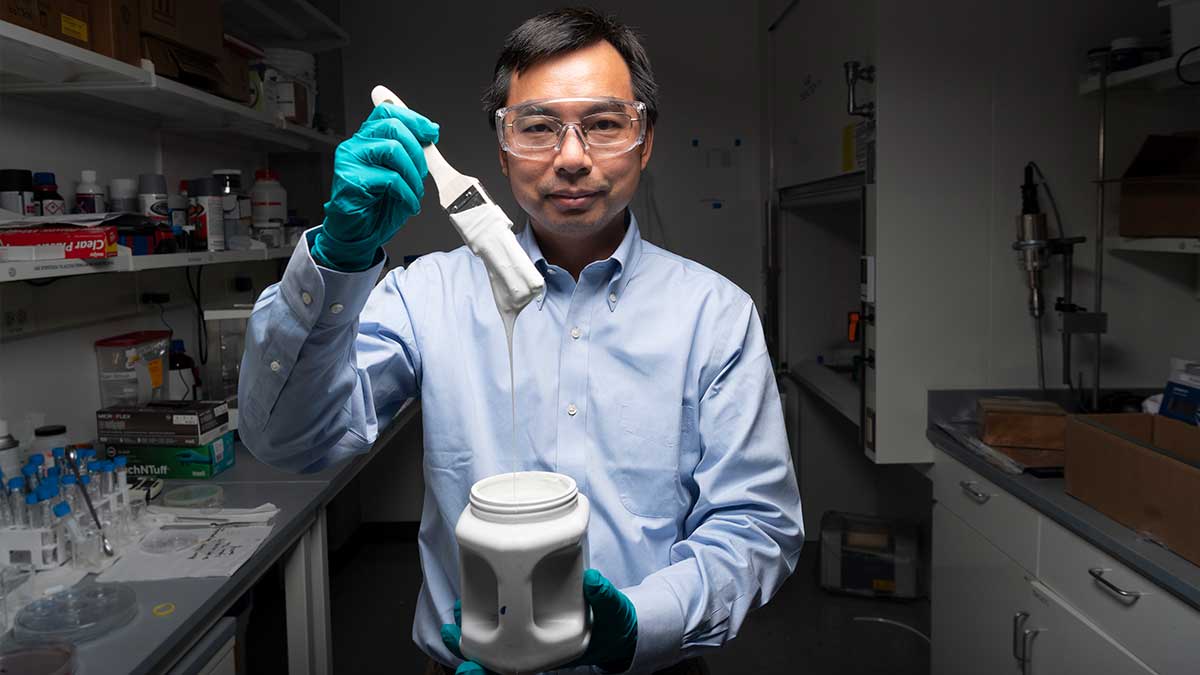 The world’s whitest paint has been developed by scientists at Purdue University, which aims to reduce or even eliminate the need for air conditioners.

According to Xiulin Ruan who is a professor of mechanical engineering at Purdue University says, “When we started this project about seven years ago, we had saving energy and fighting climate change in mind.” The scientist had intended to develop a paint that could reflect sunlight away from a building structure.

As per the invention, the paint created reflect 98.1% of solar radioactivity and discharge infrared heat, this makes the paint really white. When this paint is applied to a building, instead of absorbing heat, it will emit it which makes the temperature cooler without any power consumption. Ruan envisages that a 1000 square foot roof covered by this paint will have a cooling power of 10 kilowatts that is much more powerful than most air conditioners in houses.

Furthermore, using thermocouples, the highly accurate temperature reading apparatus, the scientists established outdoors that the paint has the ability to keep surfaces 19 degrees Fahrenheit chiller than their surroundings at night. It can also make the surfaces cool 8 degrees Fahrenheit beneath their surroundings in severe summers during noon hours.

It has already made its way to the Guinness Book of World Records as claimed to be the world’s whitest paint.

Moreover, scientists took six years of endless efforts to develop this paint making attempts going back to the 1970s to create radiated cooling paint as a possible substitute to traditional air conditioners.

Besides this, general white paint gets warm instead of getting cooler, as commercial paints that are intended to release heat, almost reflect 80-90% of sunlight and can’t make surroundings cooler. Researchers at Purdue have made a partnership with a company for the purpose of selling ultra-white paint and make it accessible for everybody.