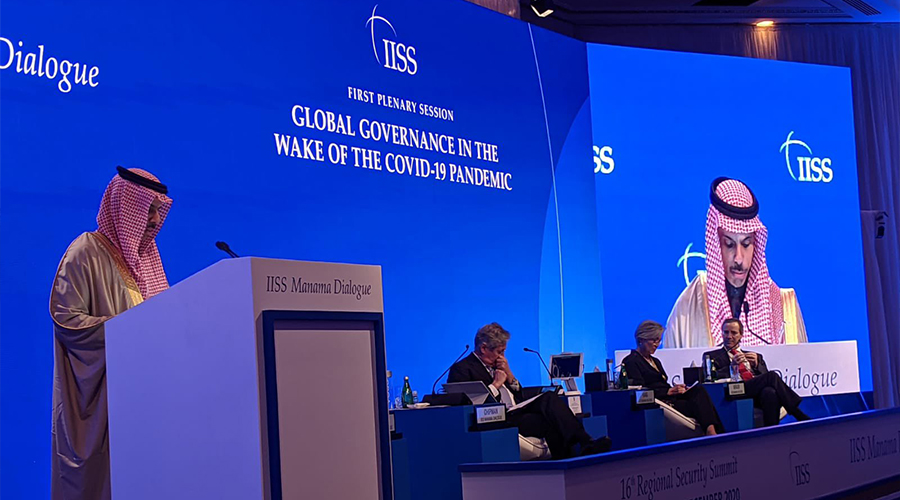 The annual Manama Dialogue summit held in the Kingdom of Bahrain witnessed a heated debate on Sunday between Saudi Arabia and Israel representatives.

The regional security summit 2020 was conducted in Bahrain, which is a unique platform for government ministers, along with the members of the experts, opinion-forming and business communities, in order to discuss Middle East’s most pressing security challenges.

A Saudi former intelligence chief, Prince Turki al-Faisal who is connected with top leadership of the Kingdom, displayed strong support in favor of Palestine in a blistering presentation to the Manama Dialogue security forum.

Each statement made by the Saudi Prince received responses from Israeli Foreign Minister Gabi Ashkenazi who joined the gathering virtually.

The comments emerged months after the United Arab Emirates (UAE) and Bahrain broke the Arab consensus by normalizing ties with Israel which was condemned by Palestine by labeling it as a “stab in the back”.

In a remarkably blunt language, the Saudi Prince Turki al-Faisal categorized Israel as a “small, existentially threatened country, surrounded by bloodthirsty killers who want to eradicate her from existence”.

“And yet they profess that they want to be friends with Saudi Arabia,” he said.

Prince revealed that Palestinians were “in concentration camps under the flimsiest of security accusations — young and old, women and men, who are rotting there without recourse to justice,” he said.

He further said that Israeli’s are out of control as they “demolishing homes as they wish, and they assassinate whomever they want.”

After Prince Turki’s address, the Israeli foreign minister Gabi Ashkenazi addressed the Manama Dialogue through video conference and expressed “regret” over the comments made by Saudi Prince.

Gabi Ashkenazi said that “The false accusations of the Saudi representative at the Manama Conference do not reflect the facts or the spirit & changes the region is undergoing.”

“I rejected his remarks & emphasised that the ‘blame game’ era is over. We are at the dawn of a new era. An era of peace.” He said.