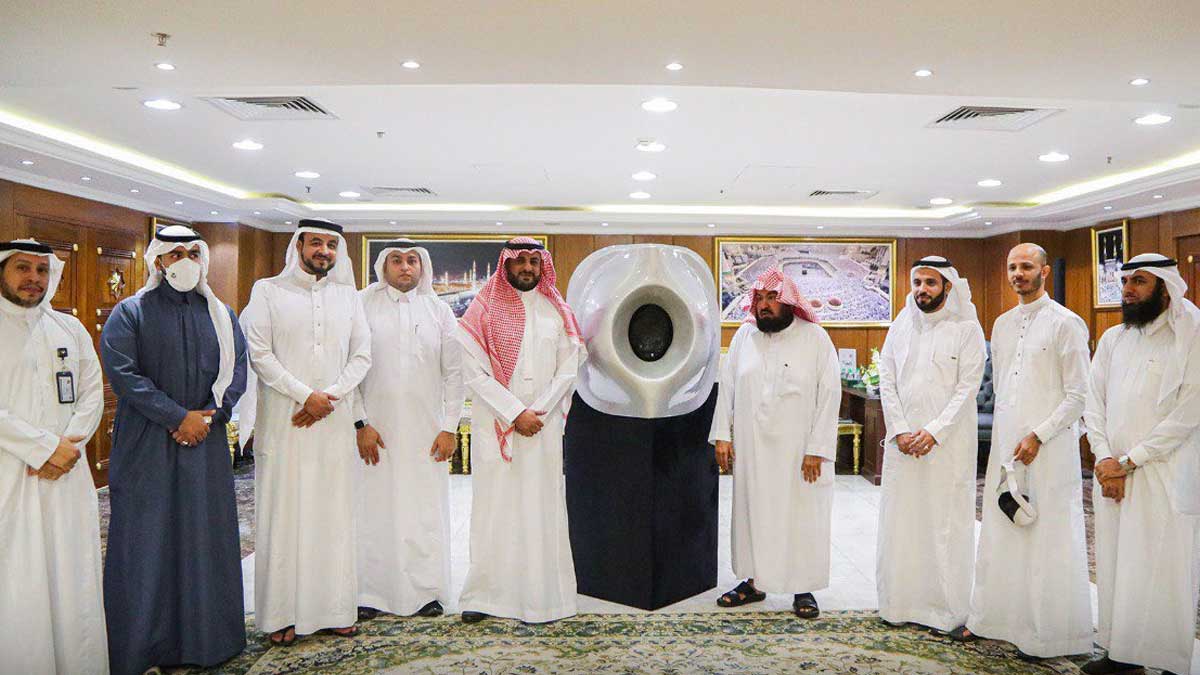 During the inauguration of the Black Stone VR initiative, Sheikh Dr. Abdul-Rahman bin Abdulaziz Al-Sudais emphasized the effort to establish a virtual simulation environment, to simulate the largest number of senses possible, such as vision, hearing, touch, and even smell, in order to reach all of the presidency’s outcomes that relate to the Two Holy Mosques, and what the government of the Custodian of the Two Holy Mosques is doing. The Two Holy Mosques, King Salman bin Abdulaziz, and his Crown Prince Mohammed bin Salman, to all corners of the world via the virtual world, which precisely simulates reality.

The Black Stone with VR Technology

In light of our wise leadership’s capabilities and kind assistance, Sheikh Al-Sudais stressed that the Two Holy Mosques have significant religious and historical assets that must be digitized and transmitted to all.

Sheikh Al-Sudais ended his statement by praising the work team for their efforts and praying to God, the Almighty, for guidance and success, as well as the preservation of our beloved homeland and rational leadership.

Never-Before-Seen Images of the Stone

The General Presidency for the Affairs of the Two Holy Mosques took 1,050 photos of the Black Stone and Ibrahim’s shrine using Fox Stack Panorama technology, which combines images of different degrees of detail to create a single accurate high-resolution image of the Black Stone, also known Hajar Aswad.

The 49,000-megapixel photos were shot over the course of seven hours and took a week to edit. The authority has never been able to demonstrate the Black Stone in such detail before.

The 30 cm diameter reddish-black oval-shaped stone is placed in the southeast corner of the Kaaba.