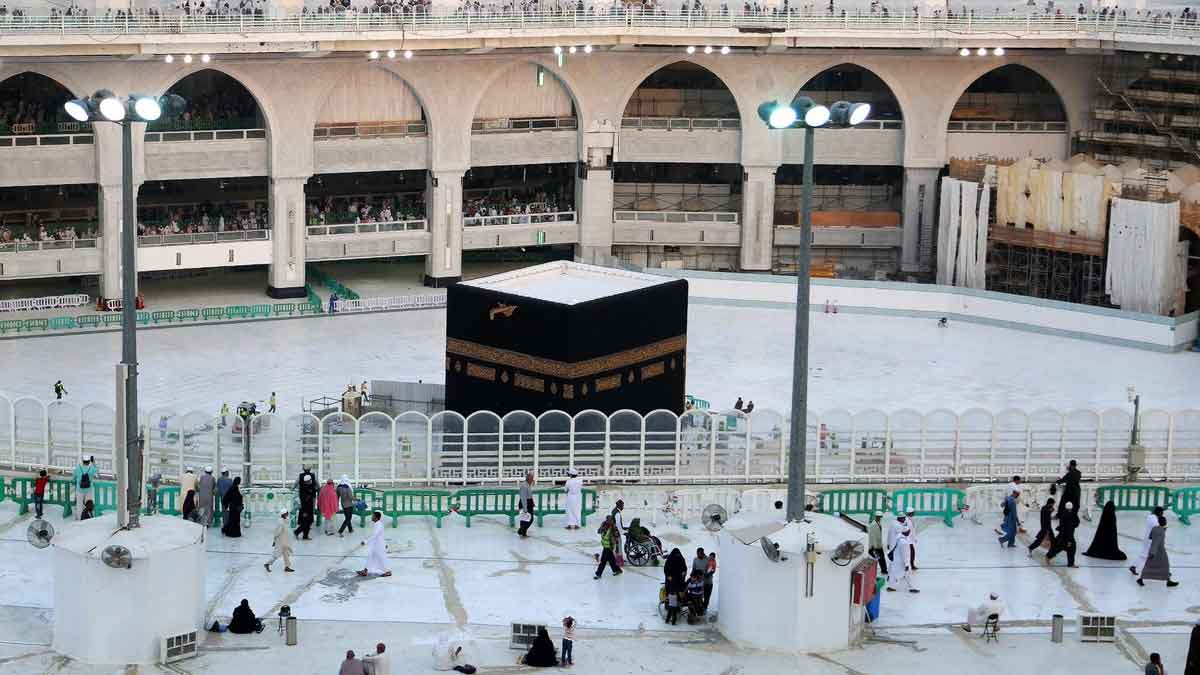 For the two holiest sites and the visitors that come to worship Allah, Saudi Arabia has made sure that the best and most modern technology is used. These initiatives include installing the biggest air conditioning facility in the world inside the Grand Mosque. The environment within the Haram is kept cool thanks to this plant.

The two holy shrines’ administration is working hard to maintain a healthy atmosphere in the Masjid al-Haram. People who visit Haram Sharif can thus worship and perform rituals in perfect comfort and peace.

Nine times per day, the General Presidency of the Affairs of the Holy Shrines cleans the HVAC system of the Masjid Haram. Before being released in various areas of Haram Sharif, it is sterilized with UV rays.

In this method, all germs are completely removed from the chilly air inside the Masjid Haram.

Read more: Pakistanis to make the most of the workforce for Saudi’s futuristic NEOM city

Large wings are used in this technique to initially take in natural air. The cooling units then receive this air. The air is cooled using water. The cold air is then released into the Haram Sharif after passing through three filters.

The two air conditioning plants in Harmain are among the biggest in the world, claims Engineer Amir Al-Luqmani, Director of Operations and Maintenance Administration at Harmain Sharifeen. The “Ajiad plant” is the first of these. It produces 35300 tons of cooling, of which 24500 tons are used for cooling.

The “centre plant” is the second. In the new plant, 1.2 million tons of cooling are produced. It includes the third Saudi expansion and a half mile-long area. This plant will eventually supply cooling to all of the Masjid Haram’s corridors and surrounding areas.

Al-Luqmani claims that the air is cooled in three steps by being completely clean and sanitized. Strong Units Air cooling is accomplished through a heat exchanger. There are 344 of these units, each of which is separated into a unique room. The task of maintaining and cleaning the air conditioning plants is delegated to highly experienced engineers and personnel. The team keeps an eye on everything constantly.