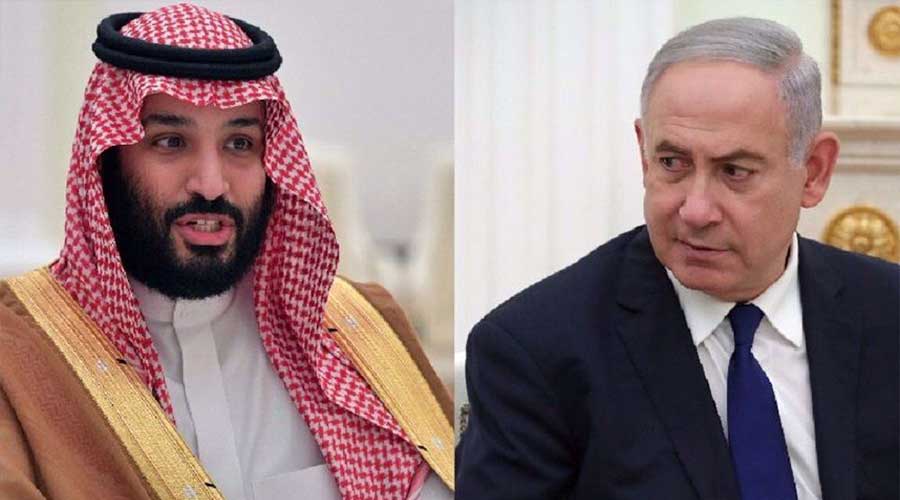 Saudi Arabia has denied Israeli media reports of a meeting between Prime Minister Benjamin Netanyahu and Crown Prince Mohammed bin Salman (MBS) during a visit by US Secretary of State Mike Pompeo.

According to Israel media, multiple Israel officials are saying that Israel’s Prime Minister Benjamin Netanyahu and the head of Mossad spy agency, Yossi Cohen flew yesterday to Saudi Arabia and had landmark talks with US Secretary State Mike Pompeo and Mohammad bin Salman in the city of Neom.

“I have seen press reports about a purported meeting between HRH the Crown Prince and Israeli officials during the recent visit by @SecPompeo. No such meeting occurred. The only officials present were American and Saudi,” Prince Faisal bin Farhan Al-Saud wrote on Twitter on Monday.

The Jewish media reported that Israel’s premier Netanyahu and Crown Prince MBS held secret talks in the Kingdom of Saudi Arabia on Sunday.

The reports that emerged from Israeli news agency Kan and other renowned sources came weeks after the Jewish state reached an agreement with UAE, Bahrain and Sudan Muslim states.

The deal was brokered by US President Donald Trump, who is leaving office in less than two months.

There were rumors that US may want to push the Saudi-Israel deal before President-elect Joe Biden takes an oath. US Secretary Pompeo who visited Israel last week was also in the alleged meeting. Pompeo also confirmed he was in Neom and met MBS.

However, Benjamin Netanyahu office, US Embassy to Israel, US State Department had not commented on the reports of the MBS Netanyahu talks.

Saudi Arabia has publicly denied any normalization of relations with Israel until the Jewish state and Palestine conflict is resolved.

The recent Arab states’ normalization deal with Israel was labeled as “a stab in the back” by Palestinians.