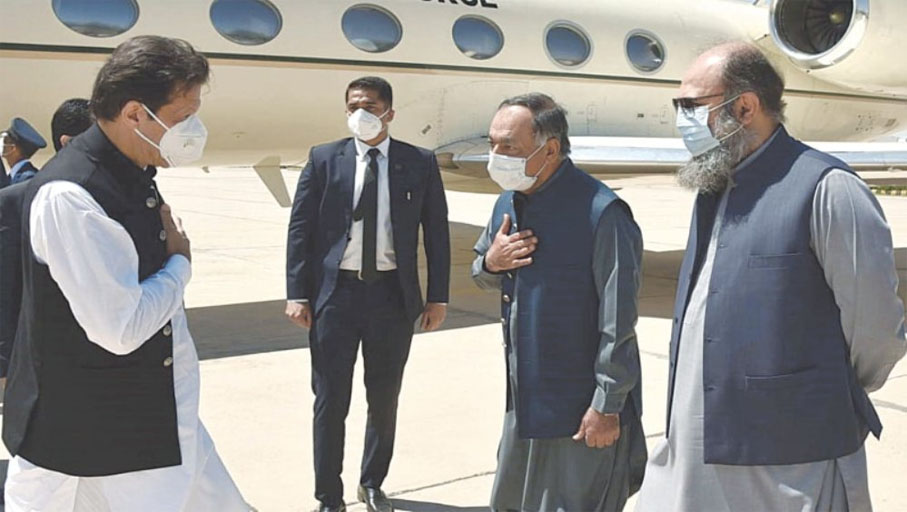 A package of Rs 600 billion for the development project in south Balochistan has been announced by the members of the federal cabinet after Prime Minister Imran Khan’s visit to the region.

The mega developmental package for different projects in south Balochistan was announced on Thursday by Minister for Planning and Development Asad Umar along with Information Minister Senator Shibli Faraz, Minister for Defence Production Zubaida Jalal and Minister for Communication Murad Saeed.

The projects will be implemented in nine districts of southern Balochistan. The federal government will provide Rs 540 million and the rest will be spent by the provincial government.

The minister for Planning and Development said that special initiatives would also be announced for north Balochistan, interior Sindh, and Gilgit-Baltistan, once the package was implemented. He added that agriculture was a key source of income for southern locals, therefore, the government will be building 16 dams to irrigate 150,000 acres of land.

He added that the package would provide electricity to over 57 percent of the area’s population; the figure stands at 12 percent right now. He further said that an olive processing unit and 3 date processing units will be established to help local farmers in boosting production as the area was suitable for olive and date cultivation.

Moreover, free education would be provided to 83,000 children and the government will pay a monthly stipend to parents at Rs 1,500 for boys and Rs 2,000 for girls, under the Waseela-e-Taleem initiative.

Murad Saeed said that 3,083-kilometre-long road projects have been approved. The communications ministry will spend Rs 250 billion on the projects, he said, adding the work has started on the western route of China Pakistan Economic Corridor (CPEC), comprising Zhob-Kuchlak Road, Bisma – Khuzdar Highway, Rakhi-Gajj section of N-70, Yakmach-Kharan Road, Yarik-Sagu-Zhob section of N-50, Hoshab-Awaran-Khuzdar section of Ratto Dero-Gawadar Motorway and many others.