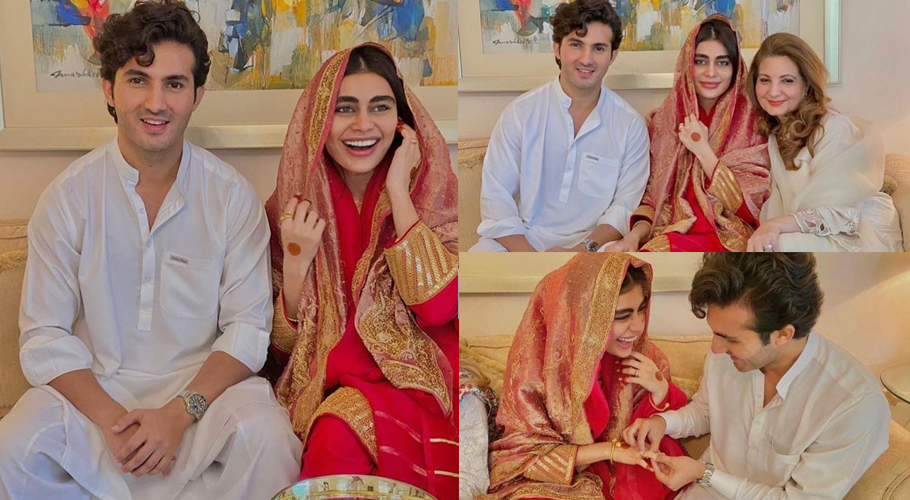 Shahroz Sabzwari did second marriage with model and actor Sadaf Kanwal. This was taken as a rumor until when Sadaf Kanwal changed her name to Sadaf Sabzwari on Instagram. Then their nikkah ceremony pictures were posted on Instagram and the rumor came out to be the truth.

Both the celebrities shared their pictures of their simple nikah ceremony and turned off the comments section in order to avoid any junky and hate statements.

When asked Behroz Sabzwari about his son’s second marriage by divorcing his first beautiful wife Syra Khan, he said, “It is nobody’s concern if they got married or not, this is our family’s matter. Why do people think they have the right to judge any one’s personal life?”. This was the gruffly given statement.

People around are still shocked by this marriage. No one seems accepting the knot they tied when the actor was all in news for cheating on his first wife.

However, his father, star of pop culture hit Tanhaiyan drama serial further said, “People need to stop maligning the name of someone’s daughter just because they have nothing to do. Syra is our granddaughter’s mother and she will continue to be our daughter.”

This marriage is the most disliked one of 2020 because many stars tied knots this year and their fans highly admired them but this scenario of divorcing the first wife and then marrying some other model, months after the actor was caught cheating with the model when he was married.

The marriage did not settle well with their fans. Although Behroz Sbazwari is right for not getting indulged in their matters but being a public figure, one is always judged for being a role model for many.