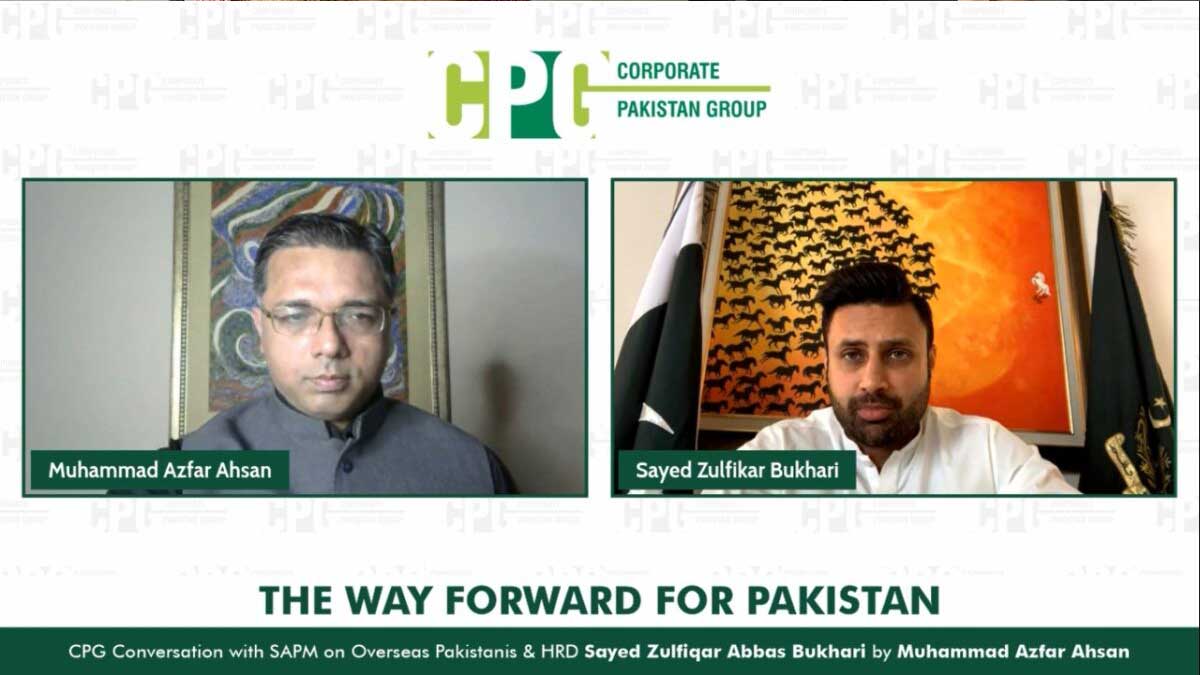 On Monday, Corporate Pakistan Group (CPG) Founder Azfar Ahsan discussed the problem of hundi in a meeting. Special Assistant to the Prime Minister for Overseas Pakistanis Sayed Zulfikar Abbas Bukhari said that the government was trying to persuade overseas Pakistanis from using illegal means to transfer money to Pakistan.

“To achieve that, we have to match the ease of transfer and we are working on it,” he said. “With Roshan Digital Accounts, we are making efforts to introduce different incentives to curb indirect means of transferring money to Pakistan.”

Bukhari, in response to a question about assistance to small and medium enterprises (SMEs) by emigrants, said all-out efforts were being made to build a one-window operation, which will allow deportation of funds and direct ease of doing business.

Bukhari added that his department was trying to shift the whole operation under Prime Minister Imran Khan so that decisions can be taken at a swift pace.

Moreover, they talked about the criticism over government restricting import of mobile phones. He said that outcomes of this move will be visible soon as there would be 3 factories established to produce mobiles locally.

They also discussed about the tourism industry, the PM aide said, “We have established National Tourism Board and introduced five-year action plan and 10-year tourism policy.”

The special assistant expected modest boom in the tourism sector over the next 5 to 7 years. “Huge investments have already started pouring in this sector,” he said. “To further promote tourism, a worldwide campaign ‘Brand Pakistan’ will be launched in September 2021.”