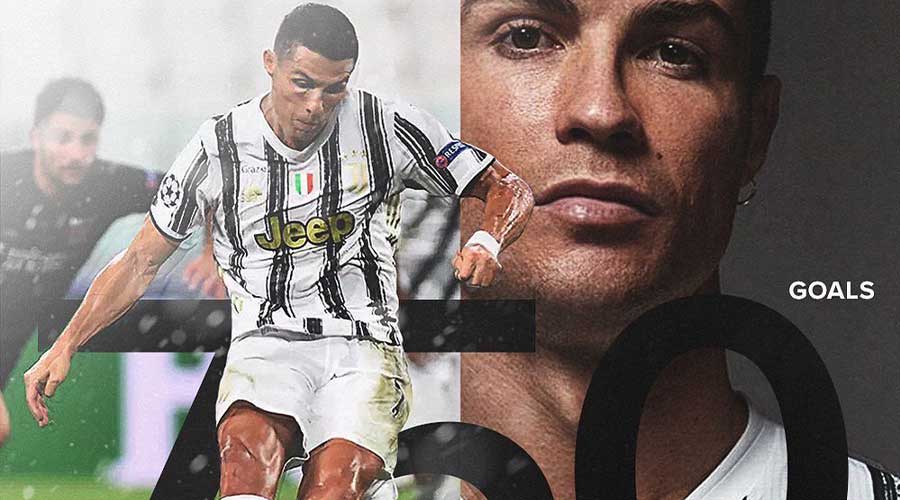 The Portugal and Juventus forward Cristiano Ronaldo has scored his 750th career goal during the Juventus clash with Dynamo Kyiv in the Champions League match where Italian club grab a 3-0 victory.

The 35-year old Cristiano Ronaldo took to Instagram to thank his fans, family, coaches and players during this iconic journey.

“750 goals, 750 happy moments, 750 smiles in the faces of our supporters. Thank you to all the players and coaches that helped me reach this amazing number, thank you to all my loyal opponents that made me work harder and harder every day,” Ronaldo wrote.

“But above all, thanks to my wonderful family, always present in my best and worst moments. Next stop: 800 goals!” he added.

The five-time Ballon d’Or winner has scored 450 goals for Spanish giants Real Madrid, 118 for English club Manchester United, 102 goals for his country Portugal, 75 goals for his current club Juventus and 5 for his childhood club Sporting CP.

Despite having tested positive for coronavirus, Ronaldo, famously known as CR7 has been in great shape and form this season. Ronaldo is now looking for his 751st goal when he will play against Torino in the upcoming match in Serie A. So far this season Ronaldo has scored 8 goals.