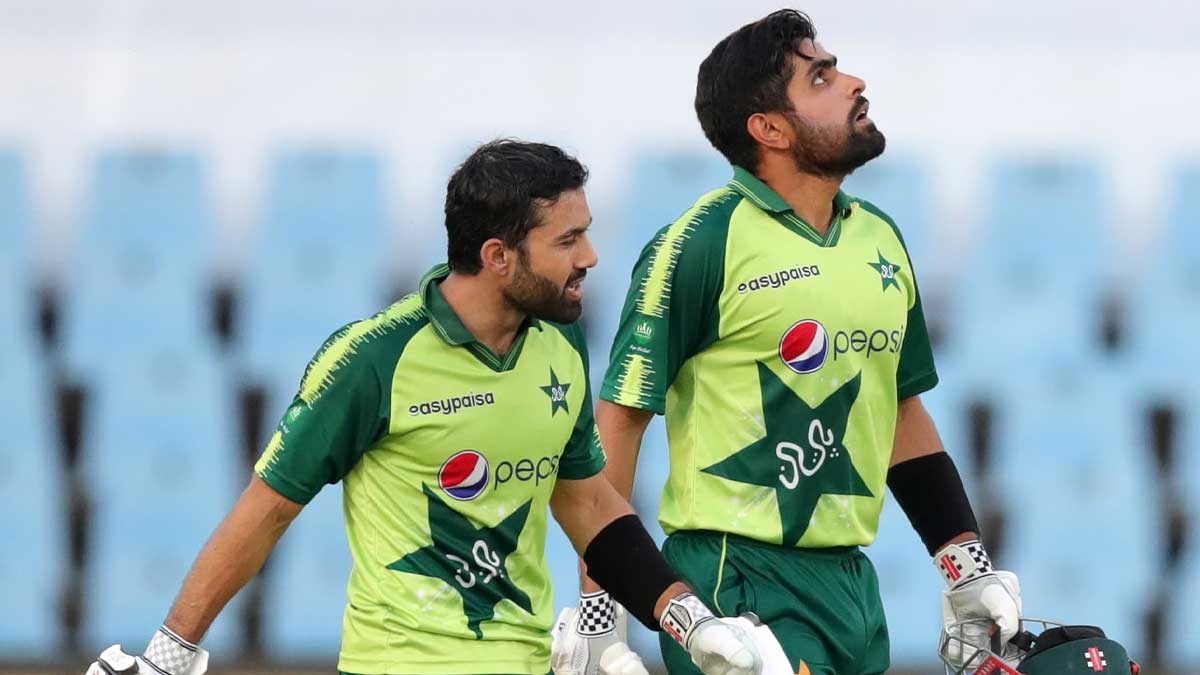 Mohammad Rizwan, wicket-keeper batsman of Pakistan, has maintained his status as the best run-scorer in T20Is so far this year with the T20I series against England.

Rizwan leads the chart with 592 runs in 11 T20Is, followed by Babar Azam with 439 runs in the same number of innings.

The right-handed batsman had seized the opportunity to open T20Is with both hands and demonstrated his worth in New Zealand. He became only the second Pakistani to reach a century in all three forms when he hit his first T20I century against South Africa at home.

Before his big turnaround after being elevated up the batting order, Rizwan was one of Pakistan’s most important players.

Pakistan won the T20I series opener on Saturday by 31 runs after a nail-biting struggle.

Pakistan was able to defend the target thanks to Shadab Khan’s three wickets, a superb catch at the boundary, and a fast run-out, as well as Shaheen Shah’s three wickets.

Previously, Pakistan scored their highest-ever total in the format, 205/3, against the West Indies in Karachi in 2018.

Livingstone, on the other hand, hit 103 runs off 53 balls, including six boundaries and nine sixes.

At one point, he made the huge run-chase appear easy, but Shadab took him out to bring the Green Shirts back into the game.