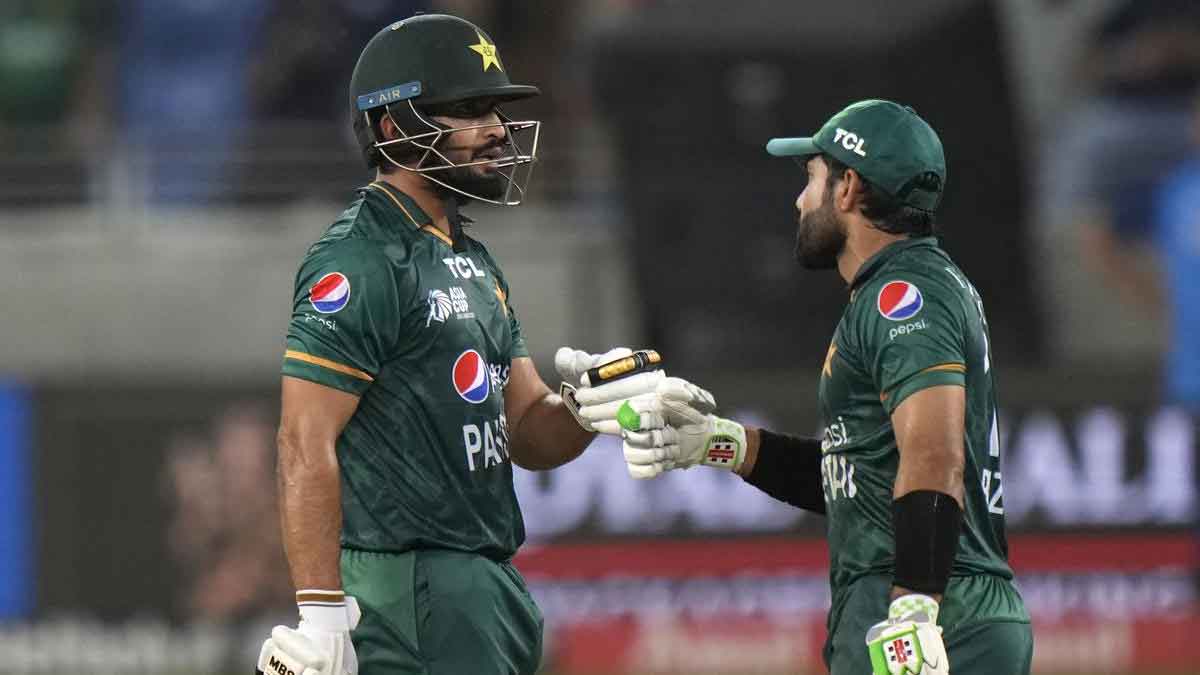 Before Asif Ali and Khushdil Shah strengthened the men in green to payback their group match loss at the hands of their arch-rivals India in the Asia Cup 2022 Super Fours, Pakistan wicketkeeper batter Mohammad Rizwan and Mohammad Nawaz shined in a difficult run chase.

Pakistan, who was tasked with chasing 182, crossed the finish line on the second last delivery of the 20th over of the game after Indian pacer Arshdeep Singh failed to hold off seven runs.

The Green Shirts’ attempt to win the game got off to a poor start when star batsman Babar Azam was cheaply bowled for 14 in the fourth over.

Following his departure, left-handed batsman Fakhar Zaman and Rizwan partnered up and added 41 runs for the second wicket before the latter was bowled out after making a slow 15 off 18 deliveries.

All-rounder Nawaz, who was moved up in the batting order after the setback, completely changed the game’s momentum with a blazing innings of 42 runs off only 20 deliveries, laced with six boundaries and two sixes.

In keeping with the increasing run rate, the partnership of Rizwan and Nawaz scored a significant 73 runs for the third wicket. But in the 16th over, Nawaz was struck down by a slower ball from Bhuvneshwar Kumar.

The struggling Indian pacer Hardik Pandya’s slower delivery in the following over also led to Rizwan’s demise. The right-handed batter led the team in scoring with 71 runs off 51 balls, including six boundaries and two sixes.

Then, in an effort to put India on the back foot, Khushdil Shah and Asif Ali took a stand for their team and blasted the ball all over the ground. Pakistan needed just seven runs off the final over, and the pair looked poised to sail to victory.

However, Asif’s dismissal off Arshdeep on the fourth delivery of the last over provided the game an exciting late twist. The right-handed batter walked back in grief despite scoring a scorching 16 off eight deliveries, laced with two sixes and a boundary.

Iftikhar Ahmed, who smashed a full-toss over the bowler’s head to seal a thrilling opening victory for Pakistan in the Super Fours, prevented the twist and India’s comeback into the match.

India got off to a quick start when Pakistan captain Babar Azam decided to put India to bat first. In just six overs, Indian batter accumulated 54 runs for the first wicket.

Before Haris Rauf struck in his second over to give Pakistan a much-needed breakthrough in the form of KL Rahul, who left after scoring 28 off 20 deliveries, laced with a boundary and two sixes, the combination appeared reliable and were scoring quickly.

After he left, Rohit’s time at the crease was likewise short since he was struck by Shadab Khan in the following over, who struck with the first ball of his spectacular spell.

The right-handed batsman also hit three boundaries and two sixes in his 20 off 16 pitches.

The experienced Virat Kohli then took control and held things together while the other batsmen struggled to make a substantial contribution, with all-rounder Deepak Hooda making the most with his modest knock of 16 runs.

Virat led the team in scoring with a brilliant 60 off only 44 deliveries that included four boundaries and a six.

With impressive bowling numbers of 2/31, Shadab was Pakistan’s best bowler, while Mohammad Nawaz, Mohammad Hasnain, Naseem Shah, and Haris each struck out a batter.

In order to reach in the final of Asia Cup, Pakistan only needs to win 1 more game. Meanwhile, India needs to win two. If India wins the remaining two matches then again we will see Pakistan and India match in the Asia Cup final.