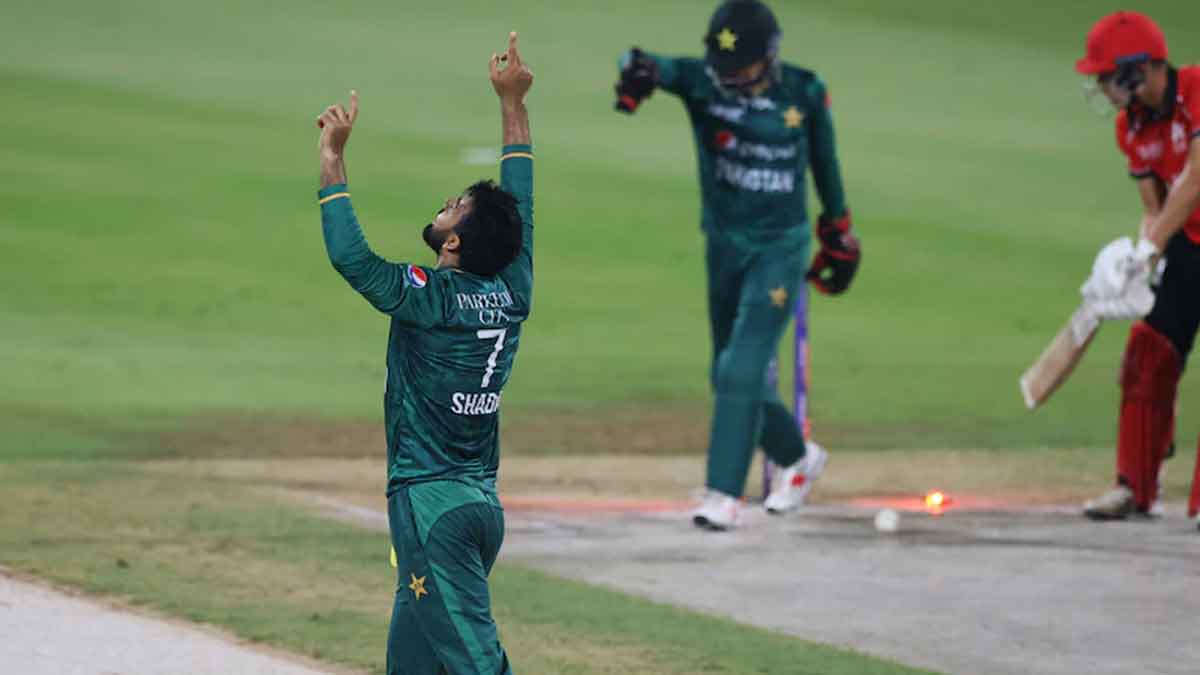 Pakistan dominated Hong Kong and easily defeated them to go to the Asia Cup 2022’s Super Four stage thanks to their memorable performance on a slow-turning pitch.

In a match that both sides had to win to remain in the competition, Pakistan had set a 194-run target for Hong Kong.

However, Pakistan’s bowling performance was superb and they made sure that Hong Kong was bowled for just 38 runs, giving the Men in Green a 155-run victory. This is the lowest score any team has ever scored against a full member team.

The atmosphere was set by Naseem Shah’s double-wicket in the third over of Hong Kong’s innings. The wickets began to fall one by one after that.

The Pakistani bowlers did not give any room to Hong Kong batter by putting immense pressure as wickets were falling frequently. The final wicket that Shahab Khan took to put an end to Hong Kong’s misery came in the eleventh over. Shadab finished with four wickets for Pakistan, Mohammad Nawaz had three, and Shahnawaz Dahani got one.

After losing captain Babar Azam in the third over and with only 13 runs on the board, Pakistan got off to a sluggish start.

But Mohammad Rizwan and Fakhar Zaman put together a 116-run partnership to pave the way for Khushdil Shah to light up the final three overs with his power hitting.

Before being dismissed on the first delivery of the 17th over, Zaman made 53 runs off of 41 balls.

However, the pair had created a solid base on which Khushdil Shah could take advantage of the Hong Kong bowlers. Khushdil’s 35 off 15 balls from helped the team reach 193/2.

Meanwhile, Mohammad Rizwan batted through the entire innings and finished on 78 undefeated.

The fast bowlers gave Pakistan its first victory in the ACCT20 Asia Cup 2022. In a game that was a must win for both teams. Mohammad Rizwan’s undefeated 78 and a late blitz by Khushdil Shah helped Pakistan defeat Hong Kong by a score of daunting 193-2.

The Men in Green were victorious by 155 runs thanks to Pakistan’s bowling masterclass, which saw Hong Kong dismissed for just 38 runs.

The highest run total in the format was achieved by Pakistan against Hong Kong, who defeated them by 155 runs.

The opponents, meanwhile, shattered the Dutch mark for the fewest runs scored by an associate nation in a T20I match against a full-member side. The Netherlands scored 39 against Sri Lanka before to today’s game.