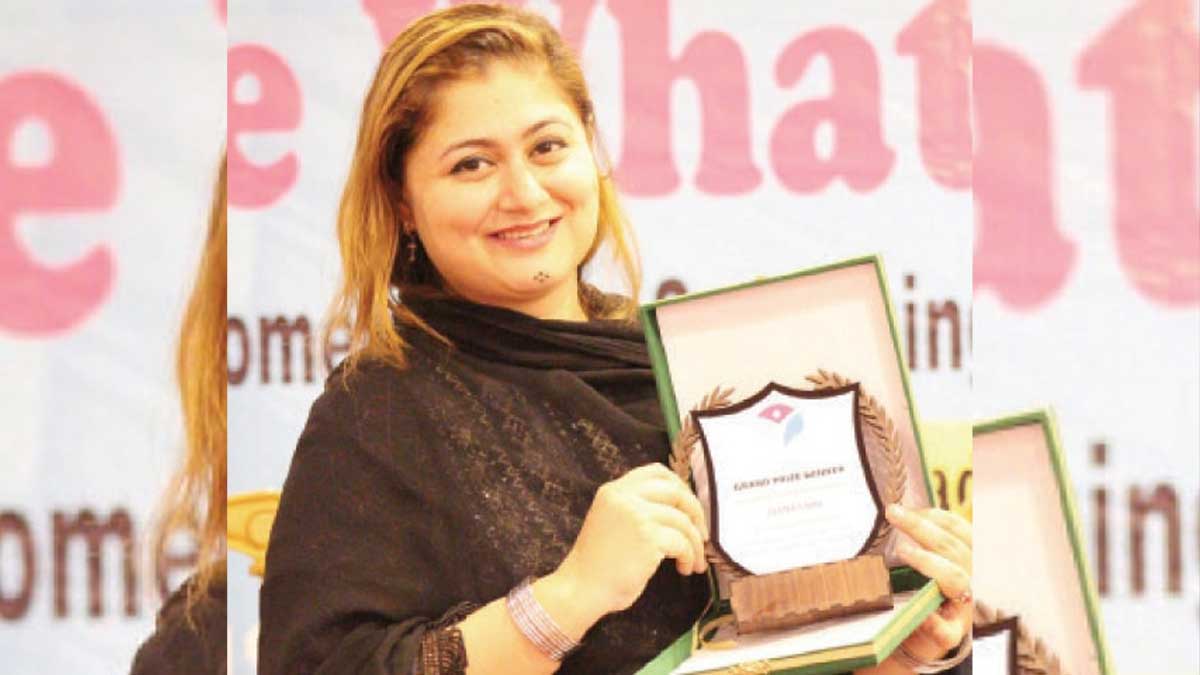 According to the news, it was the fifth annual event held under the EWM. The award-winning short film will be screened at the International Religious Freedom (IRF) summit in Washington DC in October this year.

Ms. Khan, who is a resident of Malakand, was given a cash prize of $3,000 in a ceremony conducted recently in Islamabad for participating in the ‘Women Empowerment and Religious Freedom Film competition’. For the last 12 years, she has been working on women’s rights and interfaith harmony. She is also among the founders of Gender Lens, a youth platform for women’s rights.

“Young women can make effective use of digital media to bring about a substantive societal change. Women and children are mostly victims of violence. They should come forward to contribute positively to society by promoting interfaith harmony,” Zeenat Khan said.

She told the media men that after completing a Master’s in journalism more than a decade ago from the University of Peshawar, she decided to use her skills for resolving the social issues related to interfaith, youth, and religious minorities. It was a challenging task but she embarked upon the journey in spite of family restrictions.

“Extremism bred hatred among communities to the extent that they stopped to attend festivals arranged by the next-door neighbors. Mutual respect and love were replaced by hatred and animosity. I floated the idea of telling a story that should showcase the situation and it was approved by the jurists,” the devoted activist said.

Moreover, Zeenat’s short film is based on a true story of a young woman in a war-hit area of Pakistan who starts a dialogue by approaching every single religious community and holding meetings with youth and swaying them to work for peaceful coexistence.

“The remarks of EWM executive director and author of ‘The Muslims Next Door’ Shirin Taber about my short film that we were amazed to witness the creativity of Pakistani women filmmakers, such films have the potential to change the lives, mean a lot for me,” Ms. Khan said.