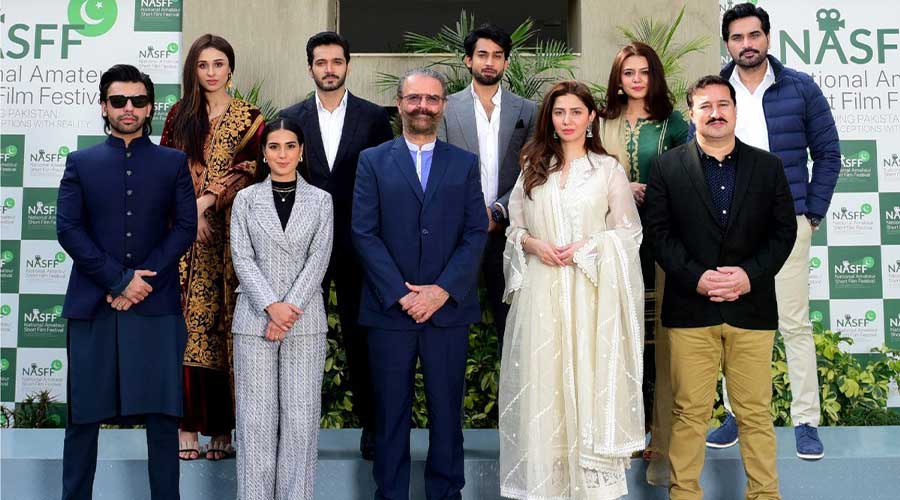 Pakistani young film-makers are being provided the opportunity to show their skills with the launch of the first National Amateur Short Film Festival (NASFF) that is going to be organized where the winner will be awarded prestigious scholarships in film schools across the globe.

According to the festival’s official website, NASFF has been conceived to accrue local talent willing to produce high-quality short films projecting the ‘real’ image of Pakistan. The festival, under the auspices of the ISPR, will test the youth potential to re-imagine the country, with the finale to be held in April 2021.

The ambassadorship of NASFF is being helmed by a starry line-up in its own accord. Humayun Saeed, Mahira Khan, Gulsher Khan, Bilal Abbas, Iqra Aziz, Wahaj Ali, Zara Noor Abbas, Farhan Saeed, and Ayub Khosa have announced their affiliation with the festival.

Majid Saeed, a film-maker and professor at the National College of Arts (NCA) said, “The reason for initiating this festival is to project a positive image of Pakistan on the global map.”

He then explained how the festival aims to highlight the diversity and richness of our culture. “Such informative festivals also play a vital role in providing a productive platform to the young talent of our country,” he continued.

He further said, “This will boost their passion and motivate them to work hard in the field of film, both locally and internationally,” he added, “Unfortunately Pakistan is misrepresented in the global media and its image needs to be ameliorated so its potential can be realized.”

Humayun Saeed also shed light on the festival and said, “Glad to be the Karachi’s brand ambassador for the National Amateur Short Film Festival,” he added, “Kudos to #NASFF for recognizing and developing the proficiency of ambitious film-makers across Pakistan! If you have the knack for films and television and want to produce some quality content then this is your stepping stone,” he assured.