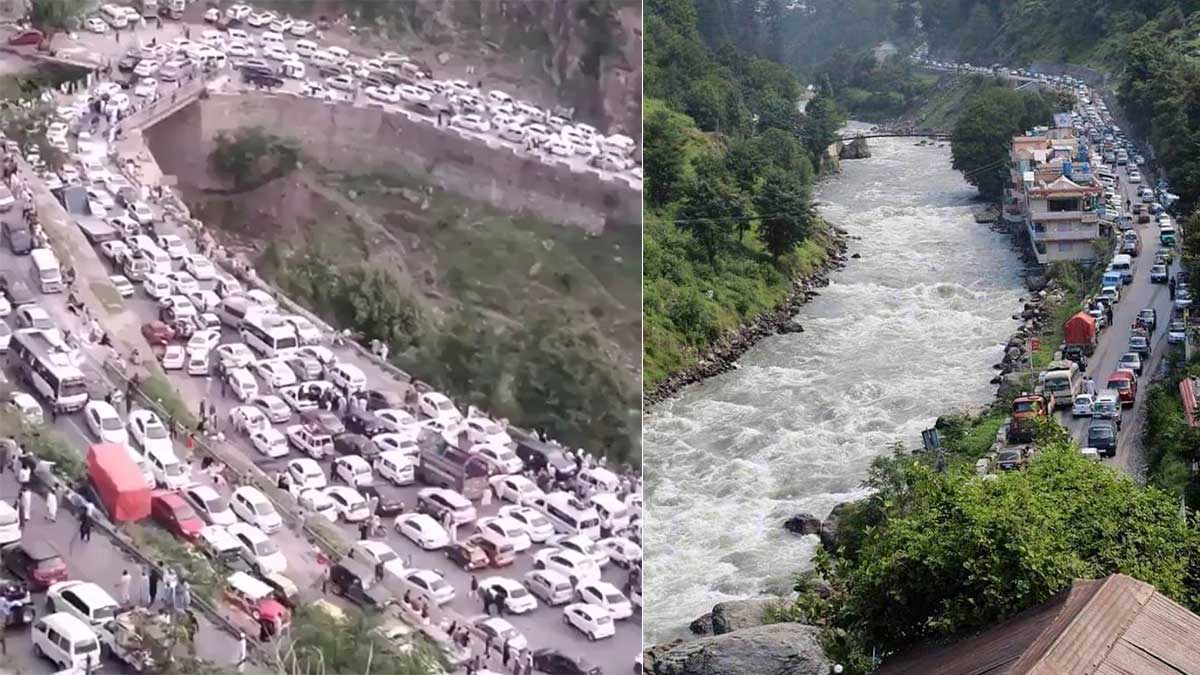 During Eidul Azha, about 700,000 tourist vehicles reached the Kaghan Valley in the district of Mansehra in Khyber Pakhtunkhwa, causing enormous road blockades and traffic jams.

According to police department estimates, the 700,000 automobiles that entered the valley during the Eid holidays surpassed the previous record of 500,000 vehicles set nearly five years earlier at the beautiful tourist attraction.

During the first four days of the Eid vacations, the Mansehra-Naran-Jalkhad road remained congested.

“We have welcomed tourists in over 0.7 million vehicles to this magnificent valley,” said District Police Officer Asif Bahadur, “and the influx of nature lovers is continuing at its highest even on the fifth day of the holiday.”

With a record-breaking amount of tourists arriving in the valley, the police attempted to maintain order.

“There has been an unprecedented rush of tourists since Prime Minister Imran Khan recently visited this piece of heaven on earth and described it as more lovely and gorgeous than Switzerland,” a tourist from Karachi stated.

She went on to say that many tourists had to spend the night in their automobiles or on the side of the road.

Some visitors stated that the area’s growth and road widening are required in order to manage a big number of visitors.

Kaghan valley has been extremely crowded as thousands of tourists headed towards the Kaghan Valley in Khyber Pakhtunkhwa’s Mansehra district.

According to the report, released on Monday, on this Eidul Adha, Tourists thronged the Kaghan Valley with vehicles choking the roads and causing major traffic jams. Tourists heading to the Kaghan Valley were facing fuel shortage as the local petrol pumps failed to meet the huge demand for fuel. Long queues of vehicles could be seen at every filling station in the area.

Those tourists who flocked to the valley from within the country and even abroad visited the Babusar Top, Saiful Muluk Lake, Lulusar and even Dodi Pat Sar.

“The Mansehra-Naran-Jalkhad road which links KP with Gilgit- Baltistan is in dire need of blacktopping and potholes must be filled,” Mohammad Jabran, a tourist from Karachi said.

He said that until the MNJ Road and its arteries, leading to the Saiful Muluk Lake and other such exotic places, were not carpeted, the prime minister’s tourism vision couldn’t be a succeeded.

Hussain Deen, the chairperson of the Hoteliers Association in the Kaghan Valley, said that hotels and restaurants were full. “The hoteliers and visitors are strictly following coronavirus standard operating procedures set by the government for the tourism industry,” he added.