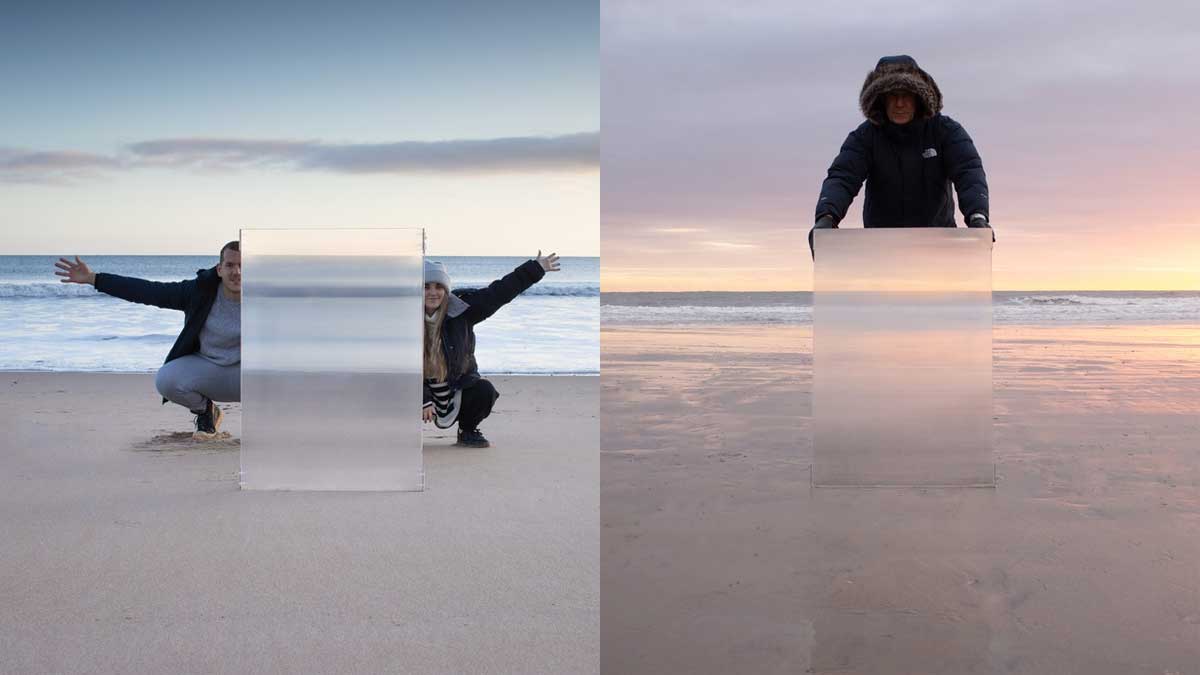 Invisibility Shield Company claims to have made 25 “fully functional” invisibility shields, and has launched a Kickstarter campaign to create more.

A group of British nerds claim to have created a mind-blowing invisibility shield to “surprise friends” and “avoid enemies”.

For years, invisibility cloaks have been one of the most popular features of sci-fi movies, from Star Trek to Harry Potter. Now it appears that this future technology is on the verge to being a real thing.

According to reports, Invisibility Shield Co, a UK-based firm, has developed a shield that redirects light using a unique lens array, rendering any object or people hidden behind it ‘invisible.’ The startup has now built 25 completely operational shields, and the crew is constantly at work developing more.

The team described why they decided to start such a unique initiative in an official statement:

We decided to speed things up and go all in on our quest to construct a cloaking shield after being disappointed by the lack of progress and the persistent lack of true working invisibility shields.

How Does the Invisibility Shield Work?

It employs a unique lens array to deflect much of the light reflected from the object hidden behind it away from the viewer, diverting it sideways across the shield’s face to the left and right. As a result of the vertically oriented lenses in this array, the vertically oriented strip of light reflected by the standing subject swiftly diffuses when it passes through the back of the shield and extends out horizontally.

The researchers stated how the object becomes invisible as a result of this phenomenon:

The light reflected from the background, on the other hand, is much brighter and wider, so far more of it is refracted both across the shield and towards the observer when it passes through the back of the shield.

Meanwhile, the background light is’ smeared’ horizontally across the shield from the observer’s perspective, covering off the area where the subject would normally be visible, rendering it ‘invisible’ to human eyes.

To design the final edition of the invisibility shield, the team examined a number of various lenses with varied angles, depths, profiles, and separation distances. A pair of elongated, convex lenses run parallel across a polymer sheet in the final configuration. The shields, according to the experts, perform best against a consistent background, such as grass, foliage, sand, or sky.