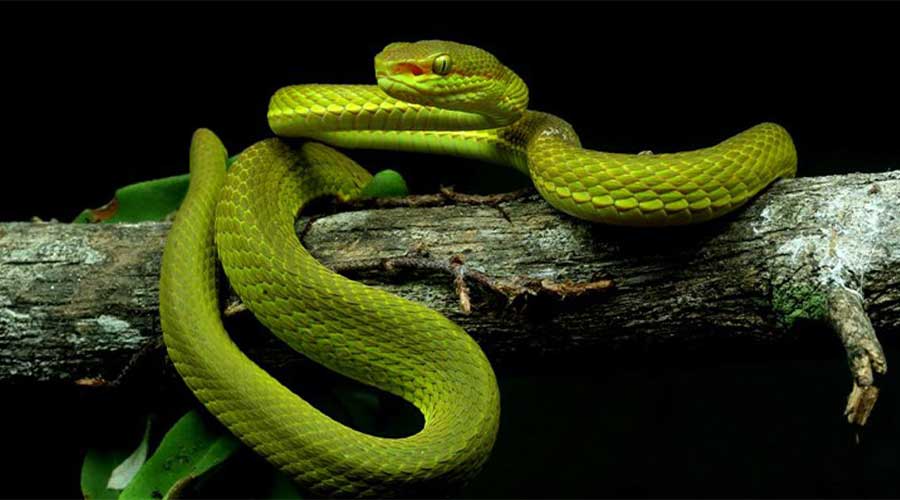 New green pit viper snake species found in India has been named after the character in the Harry Potter series Salazar Slytherin. In the series, Salazar Slytherin had the ability to talk with snakes which is a rare skill known as Parselmouth.

According to news report which was published in Daily Mail, the green color poisonous Indian pit viper has been named Trimeresurus Salazar in the name of Hogwarts House founder. Generally, the venomous snake will be called Salazar’s pit viper.

This new discovery of the snake is the latest in a long list of names which were selected after characters from the Harry Potter series. Before that, there is a sorting-hat spider and a crab named as Harryplax severus.

Scientists from the National Centre for Biological Sciences and Bombay Natural History Society discovered the snake from the Arunachal Pradesh area which is an Indian state. The officials also publicized that the male Salazar Slytherin of the new snake species has strips running on its head. The color of the strips is orange-reddish which can be seen on top of the head of the Salazar pit viper. The green venomous snake also possesses more teeth than any other pit viper.

In the series of Harry Potter by JK Rowling, the character Salazar Slytherin was one of the founding members of Hogwarts school of Witchcraft and Wizardry where he founded the Slytherin house.

However, in the Harry Potter and the Chamber of Secrets series a giant snake which was named Basilisk terrorized the students and the Hogwarts students believed that the giant snake Basilisk was owned by Salazar Slytherin.