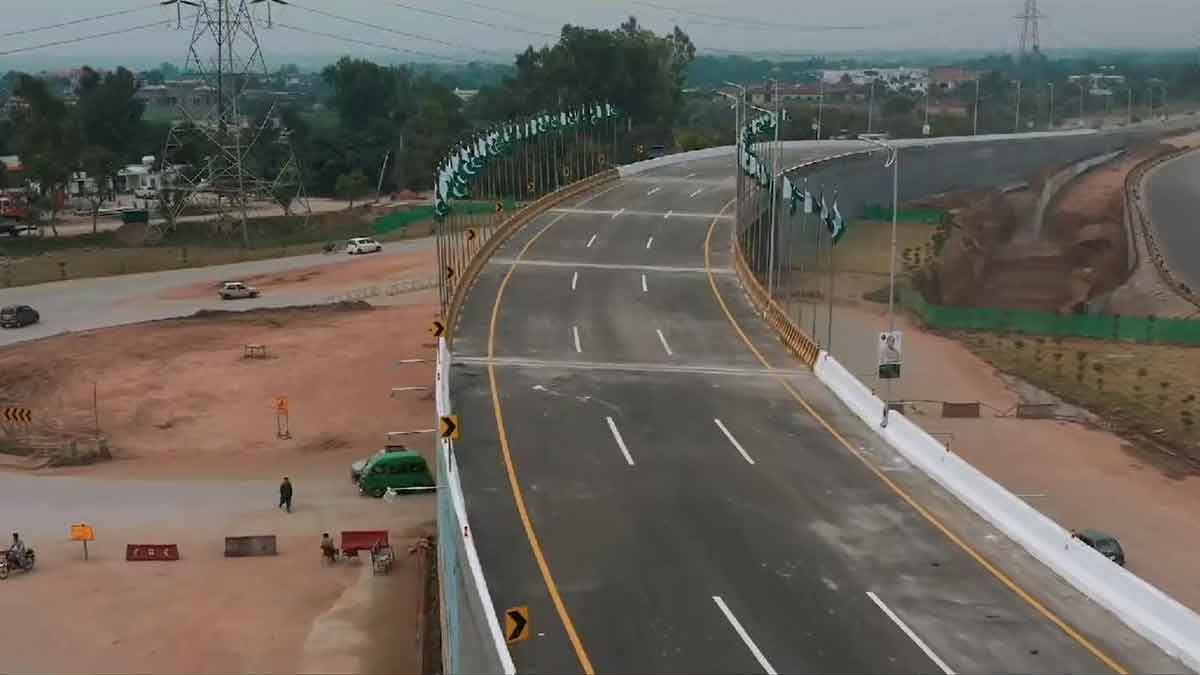 The project consisting of a flyover and two underpasses and costing over Rs 1 billion was completed ahead of the stipulated time.

The CDA chairman said that the old track was initially built for 20,000 vehicles but with time, the flow of motors increased to over 100,000, causing difficulties for commuters and motorists.

The flyover will cater to traffic coming from and to Chak Shehzad, Serena Chowk and Faizabad.

Speaking on the occasion, the prime minister said the project had hit snags in the past and was moving at snail paced, but in the last few months, work was expedited.

He said all the public projects should be given a spur and lauded chairman CDA and DG FWO for their hard work, adding that addition of 20 new metro buses was a good step which should have been taken earlier.

Read more: Rawal Dam flyover to open for traffic in a week and underpass will finish in a month

Meanwhile, a civic body issued a press release on Wednesday, which said that: “Asphalt [on flyover] done and now uplift of the surrounding is being done. After a couple of days, lane marking will be carried out and artwork completed. New Jersey barriers are being completed in the next two to three days and then this bridge/flyover will be opened for the public. The remaining work on the underpass shall continue and be completed in the next 20-30 days, depending upon the weather.”

Moreover, the deadline for the flyover completion was set as September 2022. But, following the special orders of Prime Minister Shehbaz Sharif, the department completed the bridge earlier.

In addition, the 7th Avenue project is also in its final stages and is to be made operational on the same day, the officials said.

“After finalization of the mega connectivity initiatives, special reflectors will be installed to facilitate commuters for identifying their route while traveling to avoid inconvenience,” Raza said.

Rs 1.1 billion project was inaugurated in July 2020, but development work on it formally began in October. The project was likely to accomplish by Oct this year however PM moved up the deadline by a month.

It was also announced that the FWO would complete the project at the same amount of Rs 1.1 billion on which it was given to the former contractor who left the project midway.

To meet the deadline given by PM Sharif, the CDA management had accelerated the work on the Rawal Dam Chowk flyover project.

Moreover, the CDA had faced an impediment after contractors – a joint venture of two companies – stopped construction work halfway earlier this year because of a hike in the prices of construction material.

The work was suspended for two months before being taken over by the Frontier Works Organisation (FWO) and National Logistics Cell (NLC) at the request of the civic body.

It is to be noted that the CDA administration has been giving major contracts either to the FWO or the NLC under 42(F) of PPRA rules.