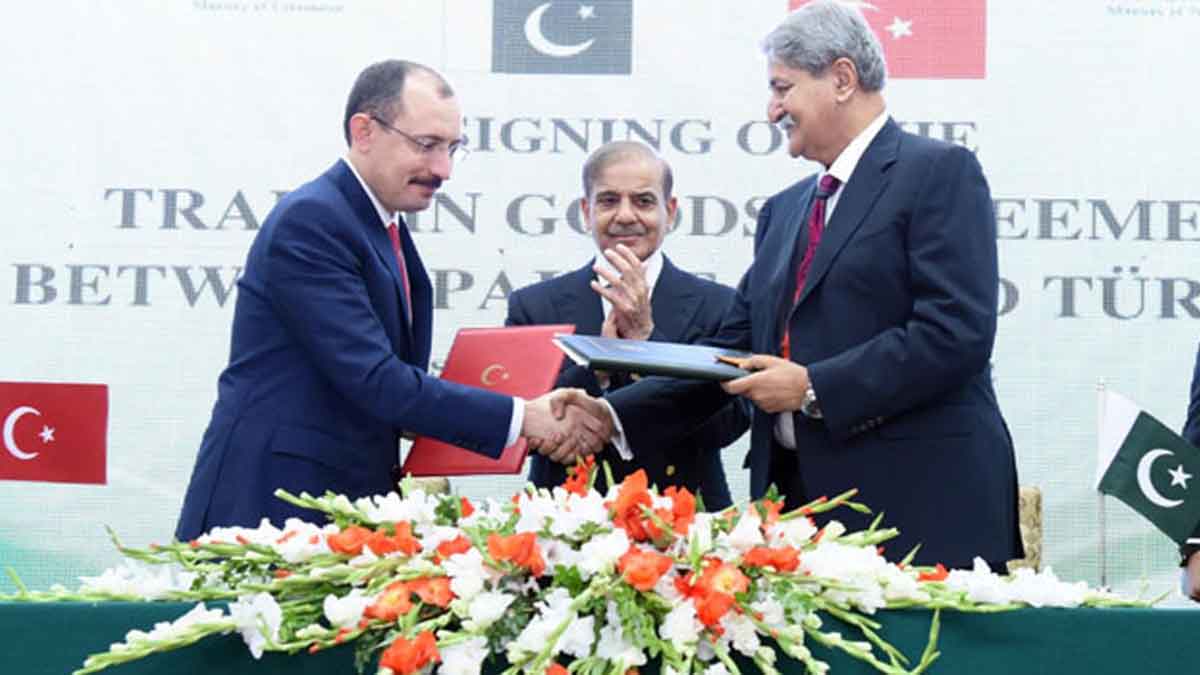 Pakistan and Turkiye have entered into the Preferential Trade Agreement intended at boosting trade in goods between both countries.

According to the details, Prime Minister Pakistan Shehbaz Sharif witnessed the signing of the PTA at a ceremony conducted in Islamabad on Friday as Minister for Commerce Syed Naveed Qamar and the visiting Trade Minister of Turkiye Dr. Mehmet Mus signed the agreement.

Trade in Goods Pact, the PTA encompasses comprehensive provisions on bilateral protections, dispute settlement, the balance of payment exceptions, and periodic analysis of the agreement.

Speaking on the occasion, Shehbaz Sharif termed the agreement a milestone in the fraternal and historic relations between Pakistan and Turkiye.

He stated that immense business opportunities exist between both countries and hoped that the agreement will be helpful to further explore the trade avenues in various sectors.

Thanking the PM, Trade Minister of Turkiye Dr. Mehmet Mus said that his leadership played a vital part to seal the agreement for the progress of the two countries and improving linkages between their business communities.

He added Turkiye has provided concessions to Pakistan on 231 tariff lines whereas Pakistan gave concessions on 130 lines.

After, during the luncheon in the honor of Turkish Minister, Shehbaz Sharif said the contract will help boost the bilateral trade of the two brotherly nations by five billion dollars in the next three years.

In his remarks, Shehbaz Sharif added that within a short time span, the Turkish Minister for Trade came to Pakistan and concluded this agreement, giving a great opportunity that we must cash upon.

In addition, He also invited Turkish investors to invest in Pakistan’s energy sector as Turkiye has a vast experience in hydel power projects.