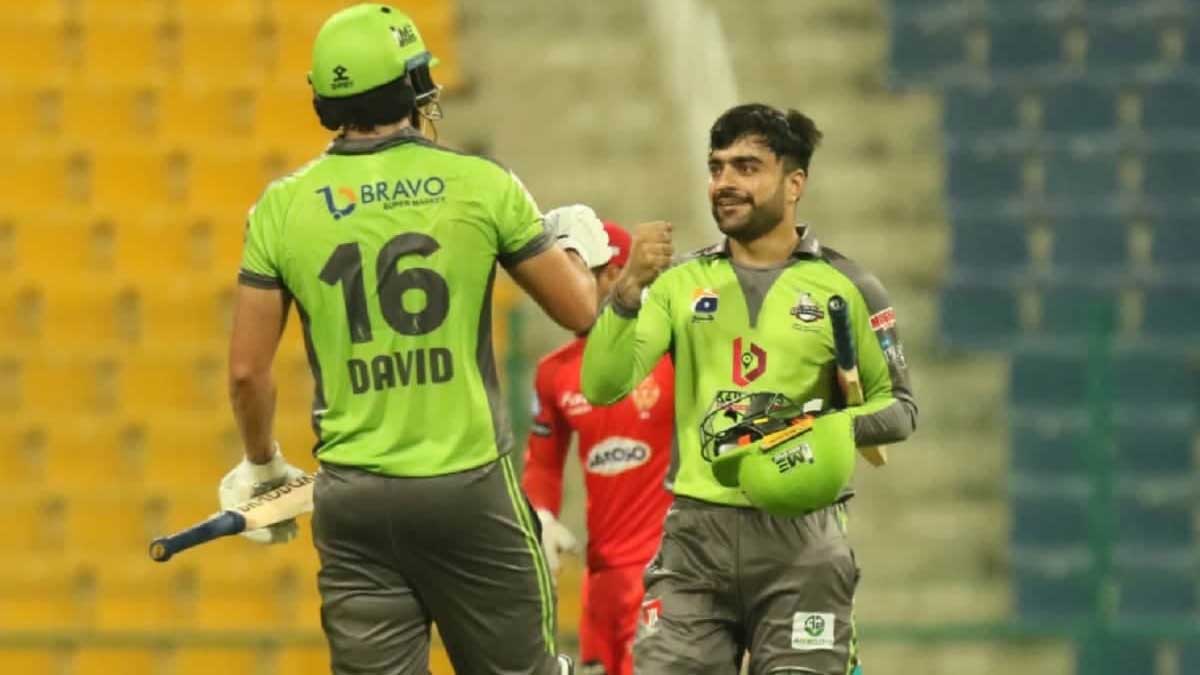 After losing Sohail Akhtar and Mohammad Hafeez, the Qalandars have been under pressure in the final stages of the game. They needed 16 runs off the last over, and Rashid came to their rescue, striking Hussain Talat for three boundaries, a single, and a double to score 15 runs single-handedly.

When the left-handed batsman arrived at the crease, United were down to 80-6. He remained calm and composed all the way to the end, adding more runs for his team.

But it was the bowlers’ day for the Qalandars, with James Faulkner picking up three wickets in his PSL debut. The Australia-born bowler claimed the wickets of Colin Munro, Rohail Nazir, and Shadab Khan. He had three wickets and 32 runs in his four overs.

Haris Rauf and Ahmed Daniyal later joined the party and each took two wickets to severely damage the opposition. Usman Khawaja, another debutant of Qalandars, attempted to read the pitch, but Haris of United pulled him up in the seventh over to relieve the pressure he had caused.

Two well-set batsmen were also taken by Rashid Khan and Shaheen Shah Afridi. Faheem was bowled out by Shaheen for 27 runs off 24 balls, including two boundaries and a six.

In reply, the Qalandars got off to a fast start, with Fakhar Zaman and skipper Sohail hitting 21 runs in the first over. After scoring nine runs, Fakhar was dismissed by Faheem, but Sohail seemed to be in a different mood today.

While chasing a modest total of 144, the right-handed batsman kept increasing the scoreboard. He and Hafeez combined for 38 runs, laying a solid framework for the chase.

When Sohail misread his wrong’un and was LBW in the 13th over, leg-spinner Fawad Ahmed got a breakthrough. Hasan Ali came in and soon took Hafeez and Ben Dunk, putting United under strain.

Tim David batted with composure and scored 23 runs, including a boundary and a six. From the other end, he watched Rashid finish the game.

Hasan took two wickets, with Faheem, Fawad, and Shadab Khan each taking one.

With this victory, Qalandars moved to the top of the points table with an eight-point lead. So far, they’ve won four of their five games and lost one.