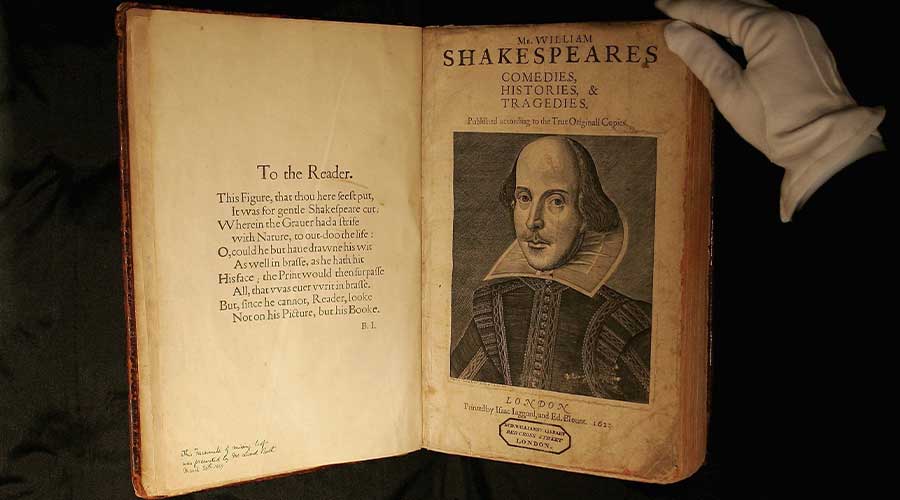 A rare copy of Shakespeare’s First Folio sold for almost $10 million on Wednesday, becoming the most expensive work of literature ever to appear at auction.

William Shakespeare, an English playwright, a poet, and an actor, widely considered the best writer of the English language wrote 39 plays, 154 sonnets, two long narrative poems, and a few other verses, some of them with uncertain authorship. Now, in 2020, his plays for the first time are sold for a record $9.97 million at auction on Wednesday.

The First Folio containing 36 of Shakespeare’s plays, one of only six known complete copies in private hands, was bought by American private collector Stephan Loewentheil, founder of the 19th Century Rare Book and Photograph Shop on the US east coast.

The book, known as Comedies, Histories, and Tragedies, was compiled by friends of the English playwright seven years after his death. It includes 18 plays that had never been published before and might have been lost, including Macbeth and Julius Caesar.

“It is an honor to purchase one of only a handful of complete copies of this epochal volume. It will ultimately serve as a centerpiece of a great collection of intellectual achievements of man,” Loewentheil said in a statement.

Moreover, Shakespeare’s plays were organized as comedies, tragedies, and histories in the first folio for the first time. According to the Christie books experts, The book’s large size, previously reserved for law books and works of theology, helped raise Shakespeare’s status in future years.

The first folio preserved Shakespeare’s most famous lines which would have rather lost, includes, “Friends, Romans, countrymen, lend me your ears”, from Julius Caesar, and “If music be the food of love, play on,” from Twelfth Night.

Wednesday’s sale was the first time in nearly 20 years that a complete copy of the First Folio had come to auction.