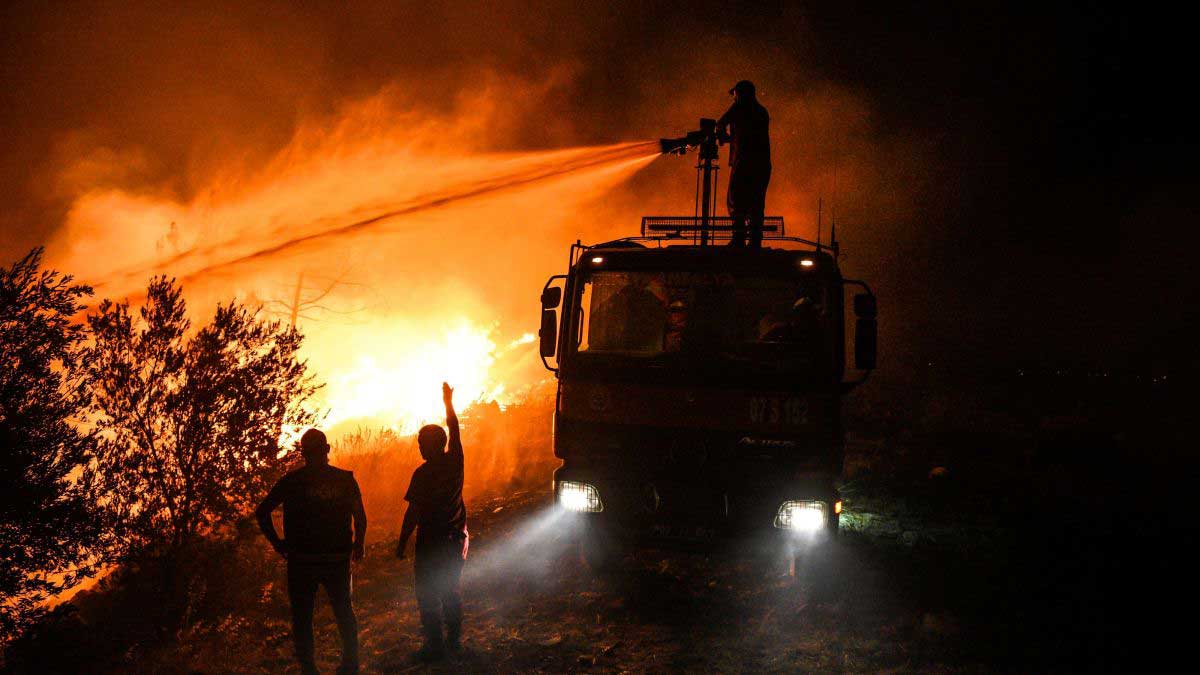 Two more fatalities were confirmed on Saturday bringing the total number to six as Turkey reels from the devastation wreaked by the fires.

Wildfires continued to cause devastation in Turkey on Saturday as President Recep Tayyip Erdogan declared the affected regions “disaster areas.”

Wildfires on Turkey’s southern coast have claimed six lives, but with 10 infernos still active that toll may still rise. Firemen are battling blazes for a fourth day on Saturday after dozens of villages and hotels were evacuated.

President Tayyip Erdogan warned that more than 70 wildfires have erupted this week in regions throughout Turkey’s Aegean and Mediterranean shores, as well as inland areas, with 14 still burning.

Planes from Russia and Ukraine assisted in the fight against the flames, while another from Azerbaijan was on its way to join them. “We are turning in a favourable path as of lunchtime, with the arrival of the planes,” Erdogan told reporters after Friday prayers.

Forestry Minister Bekir Pakdemirli said fires were still burning in six provinces of Turkey, and officials promised to hold anyone guilty for sparking them accountable.

In tourist regions, villages and some hotels have been relocated, and television video shows people running through fields as fires approach their homes.

Fires were still burning in the Mediterranean vacation region of Antalya and the Aegean resort province of Mugla, according to Pakdemirli.

“As of this morning, we were hoping to limit some of the fires, but while they are improving, we still cannot declare they are under control,” he said.

Authorities in Turkey said wild fires have erupted elsewhere in the region, with more than 40 in Greece in the last 24 hours, fuelled by strong winds and high temperatures. A fire raged across a pine forest north of Athens on Tuesday, destroying more than a dozen homes before being put out.

Large swaths of pine forest were also torched this week in Lebanon’s hilly north, killing at least one firefighter and causing several inhabitants to leave.

In Turkey, firefighters on the ground and in helicopters were battling a blaze in Manavgat, 75 kilometres (45 miles) east of Antalya, that claimed the lives of three individuals. Murat Kurum, the Minister of Urbanization, said 27 neighbourhoods had been evacuated.

At least five planes, 45 helicopters, drones, and 1,080 firefighting trucks were used to put out fires at 1,140 locations, according to Erdogan.

As a precaution against fires, the Istanbul governor’s office has barred admission to wooded regions until the end of August.