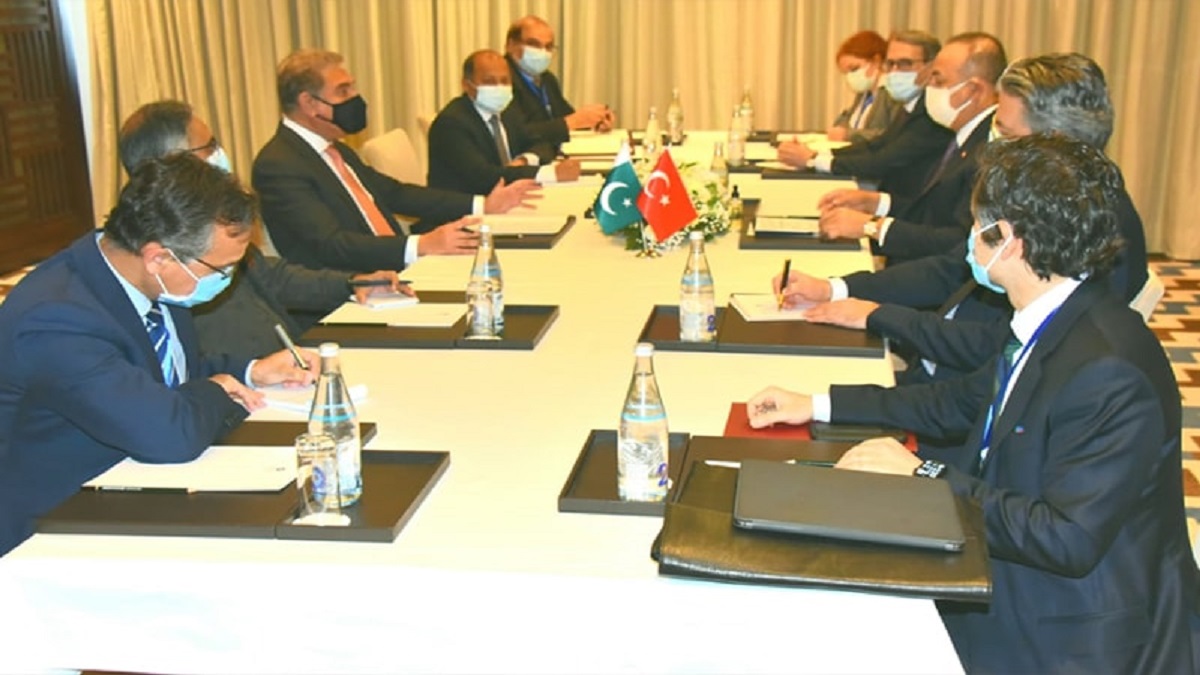 In the meeting with Turkish Foreign Minister, Mevlut Cavusoglu, Shah Mahmood Qureshi, Pakistan’s Foreign Minister said that there was no military solution to the Afghanistan conflict and there is only one solution which is a broad-based and comprehensive political settlement to achieve peace in the war-torn country.

He said it during the meeting with the Turkish foreign minister on the eve of the 9th ministerial conference of the Heart of Asia – Istanbul process in Dushanbe, Tajikistan. The theme of the conference is “Strengthening Consensus for peace and Development”. During the meeting, the two foreign ministers had discussions about political and diplomatic engagements, economic cooperation, defense ties, and collaboration in education and cultural fields.

FM Qureshi informed the Turkish foreign minister of “Pakistan’s consistent support for and positive contribution to the Afghan peace process”. The Pakistani Foreign minister called the signing of the US-Taliban agreement and the commencement of intra-Afghan negotiations in Doha an important development and said that it should be preserved and further built upon to lead the process to its logical conclusion.

Read More: Not everyone understands the depth of Pak-Saudi ties: FM Qureshi

He said that there are certain factors in and outside of Afghanistan, which intend to spoil the peace process and these factors do not like to see a peaceful Afghanistan. The Pakistani foreign minister emphasized the imperative for the Afghan parties to work together for the reduction of violence in the country and should go for the efforts of the ceasefire.

Shah Mahmood Qureshi reminded the Turkish Foreign minister of his visit to Pakistan in January, this year. He said that the High-Level Strategic Cooperation Council (HLSCC) had transformed the two countries’ bilateral relations into a strategic partnership.

According to the Foreign Office, in a curtain-raiser on the Dushanbe conference, the Foreign minister would hold “consultations with key regional and international partners” on the sidelines of the event, an important platform for regional cooperation on Afghanistan. FM Qureshi will deliver a statement “highlighting Pakistan’s contribution to the Afghan peace process and its support for Afghanistan’s development and connectivity within the regional framework.”