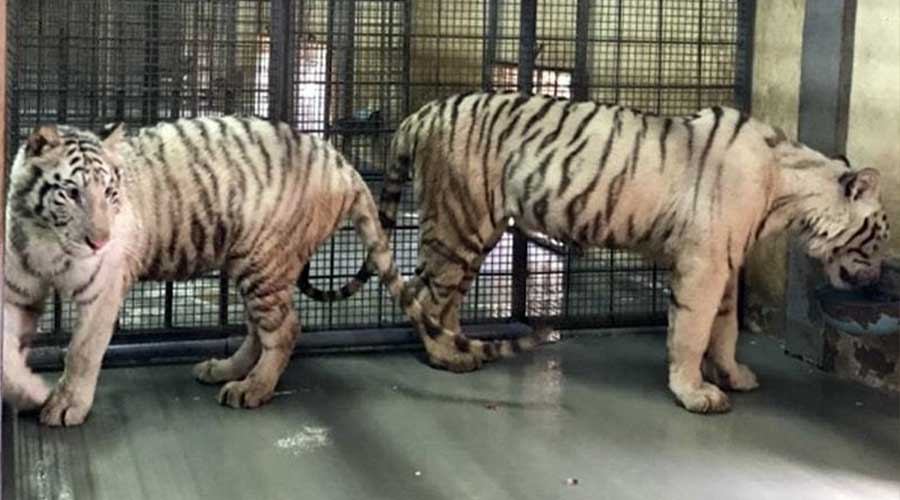 The Punjab Wildlife Department is going to implant microchips in rare species of animals and birds across the province as part of Green Pakistan program.

The decision to implant microchips into rare species has been taken by the Punjab Wildlife Department that will allow timely assessment of wildlife behavior, lifestyle and any disease outbreak in them.

In the first phase of the Green Pakistan program, microchipping of animals and birds in Lahore Zoo, Safari Park and Jallo Park was being completed.

Dr Madiha Ashraf of Lahore Zoo said that microchips, in the very first phase, were being applied to the birds and animals in the three parks of the provincial capital. This formula had already been tested in private breeding farms.

Mudassar Hassan, the Punjab Wildlife Deputy Director said that microchipping was a number and it was mainly a process of numbering birds and animals. The microchipping serial number was injected into the skin of animals. It is the part of Green Pakistan project which goals to gather all information on wildlife and also, help them learn about their health, diseases and breeding in the future.

However, Wildlife microchipping was first proposed in 2018 but due to many reasons, the project has been delayed from years and now, it is being practiced in 2020.

Moreover, a few days back, the Punjab Wildlife Department collected Rs 550,000 from hunters for illegal hunting in December 2020, but not without facing retaliation from huntsmen. As some hunting parties decided to register first information reports (FIRs) against the staff of the department.

Punjab Wildlife Department District Wildlife Officer Rizwana Aziz said, “It’s a fairly reasonable as well as necessary arrangement to preserve the population of partridges. But huntsmen are getting agitated over these restrictions under law and often hunt on undesignated days, including the hunting party from Charsada.”