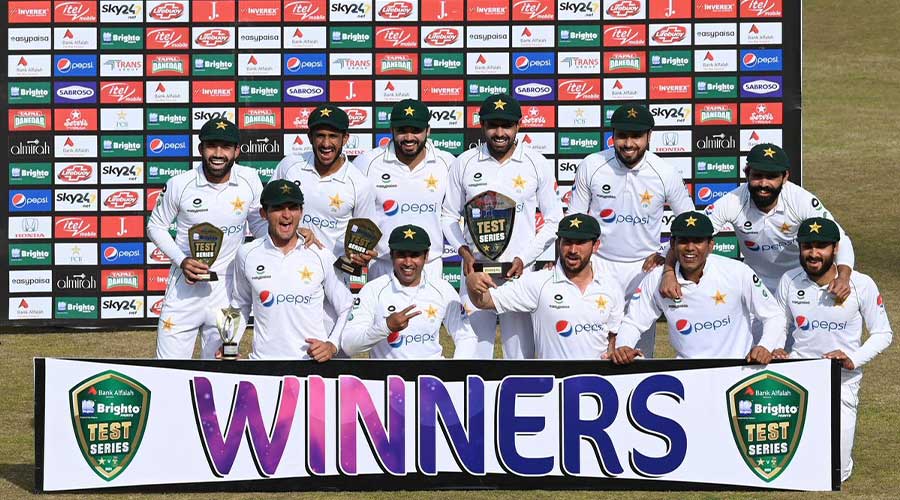 Pakistan sweeps the test series against South Africa after winning the second Test in Rawalpindi Cricket Stadium on Monday thanks to the exceptional bowling performance of Hasan Ali.

Medium pacer Hasan took a five-wicket haul to halt the South African run chase, seeking a target of 370 runs in the second innings and were dismissed for 274. This is Pakistan’s first Test series win against South Africa since 2003.

With Aiden Markram and Temba Bavuma unbeaten at 100 and 44 respectively, the side came out to bat at 219-3 in the second session on day five.

However, as Hasan bagged the wickets of Markram and Captain Quinton de Kock on consecutive deliveries, Captain Babar Azam’s decision to take the new ball worked very well for the team.

Before falling to Shaheen Shah Afridi, Temba Bavuma went on to score 61.

To complete his second five-wicket haul, Hasan took the wicket of George Linde (4).

The left-armer fired both Keshav Maharaj and Kagiso Rabada without opening their accounts.

As Mulder was being bowled for 20, Yasir put the final nail in the coffin.

On the fifth day of the second Test against Pakistan in Rawalpindi on Monday, South Africa’s opening batsman Aiden Markram scored a vital century before the Proteas went to lunch at 219-3.

The side needed to win another 151 runs with seven wickets in hand in the remaining two sessions.

On their 127-1 overnight result, with Markram and Rassie van der Dussen batting at 59 and 48 respectively, Quinton de Kock’s side started the final day’s play.

The breakthrough with Dussen’s wicket was made by Pacer Hasan Ali, who bagged a five-wicket haul in the first innings. For five, he then dismissed Faf du Plessis.

In the longest format of the game, it is Hasan Ali’s maiden 10-wicket haul.