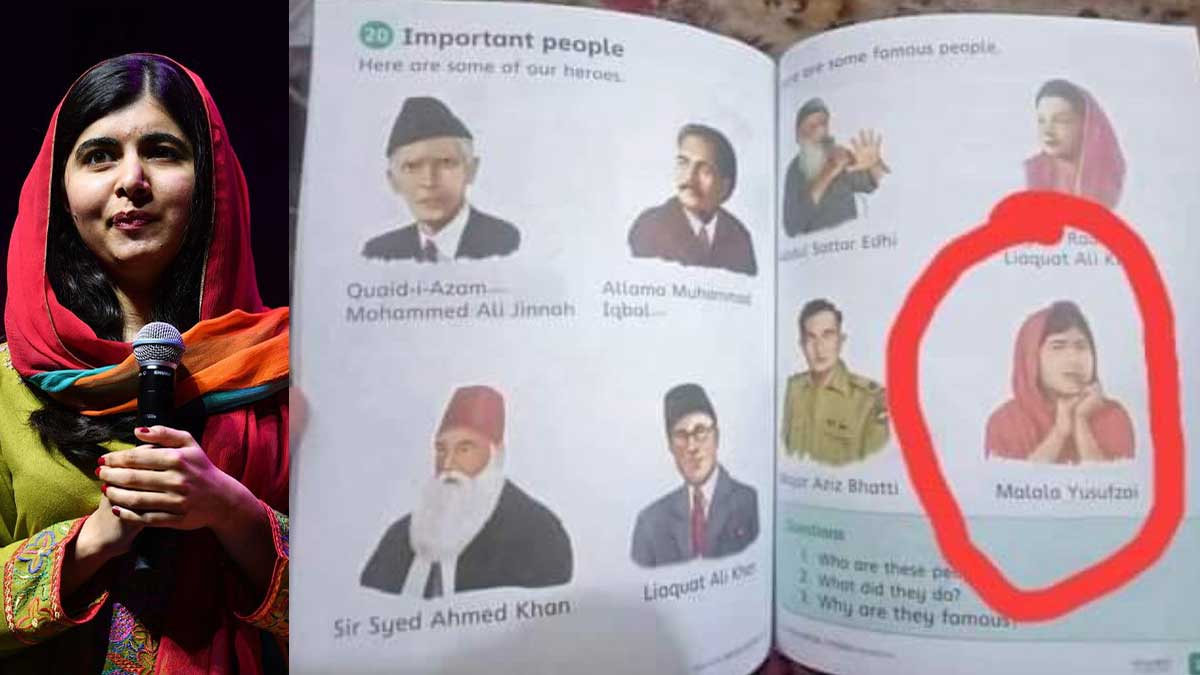 The Punjab Curriculum and Textbook Board (PCTB) has seized the social studies book for grade 7 for printing the picture of Malala Yousufzai alongside with a hero Maj Aziz Bhatti Shaheed.

On Monday, PCTB confiscated the social studies book for grade 7 published by the Oxford University Press (OUP) as the picture of Malala was printed in the list of important personalities of the country.

According to sources, police and other agencies of Punjab were conducting raids on shops across the city even at the time the report was filed to seize copies of the book for publishing Malala Yousafzai picture besides that of Aziz Bhatti. Firstly, a team of officials conducted a raid on the OUP office on Monday in Mini Market, Gulberg and seized the entire stock of the book.

They also handed over a letter to the press, stating that the book had not been issued a No-Objection Certificate (NOC).

One of the publishers told the media that “The book had been submitted to the PCTB for a review and to seek an NOC in 2019. The board, after reviewing its contents, did not approve it for publishing. The Oxford University Press has published the book despite not being issued the NOC,” he said.

He added, “The PCTB officials, police and other agencies had visited his shop, inquired about the book and read out the orders about confiscation of the book.”

PCTB Managing Director Farooq Mazhar’s spokesman claimed the book was confiscated for being published without an NOC.