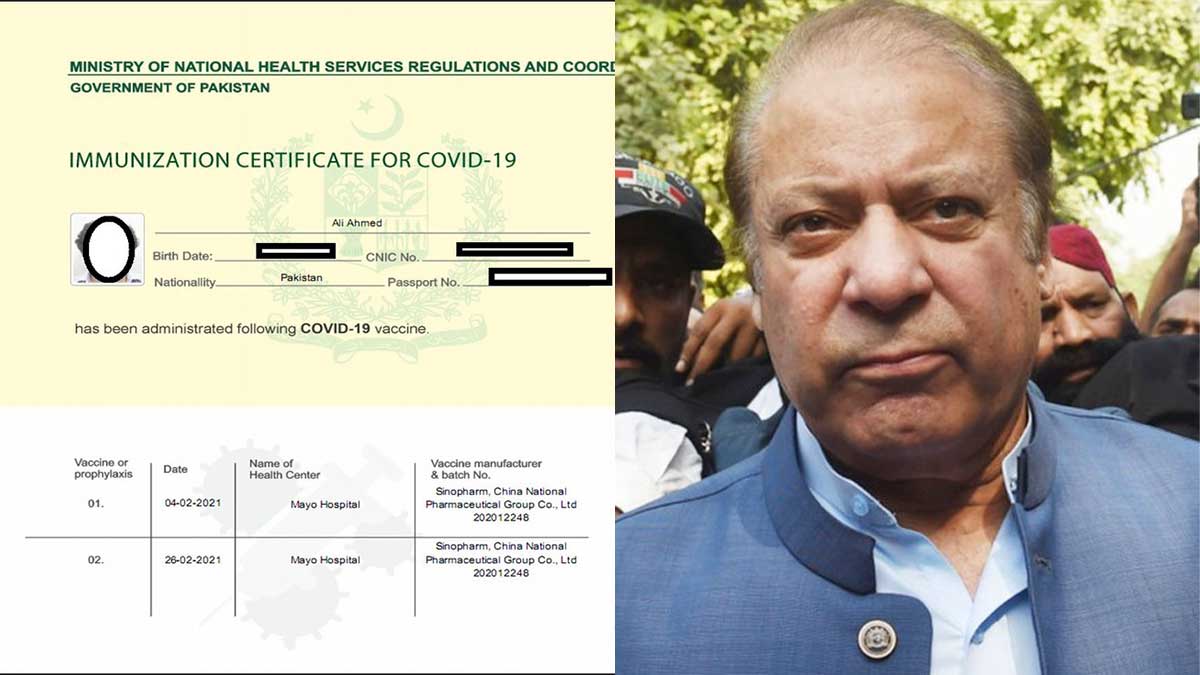 The Punjab government has deferred the Medical Superintendent (MS) and a senior doctor of Lahore’s Kot Khawaja Saeed Hospital in a case regarding the fake vaccination entry of former Prime Minister Nawaz Sharif.

As per details, the suspended officers have been ordered to intimate to the health department instantly. Besides this, cases have also been recorded against three workers of the hospital engaged in the fake entry of the coronavirus inoculation. Two of those listed in the FIR have been detained.

Separate cases have been registered by the Federal Investigation Agency (FIA) and the police in this regard.

Police have filed the cases against the three criminals and arrested Abul Hassan and Adil.

Additionally, the Punjab health secretary has been summoned by the National Command and Operations Center (NCOC) to Islamabad.

A report regarding the controversy has been prepared by the provincial health authorities and shared with Chief Minister Usman Buzdar, underlining loopholes in the hospital’s monitoring and supervision systems.

“Four employees of the hospital admitted to making the fake entry of Nawaz Sharif’s data,” stated the report.

The report further added that one of the reasons for this incident is the absence of senior staff at the health facility where the organization had authorized lower-level staff for record updating.

In keeping with the fake entry, Nawaz Sharif, who is residing in London, got his first shot of the COVID-19 vaccine Sinovac at Government Kot Khawaja Saeed Hospital on Wednesday, September 22 at 4:03 pm.

Punjab’s Primary and Secondary Healthcare Department has taken strict notice of the incident and wrote a letter to the FIA asking it to inspect the trouble and take immediate action against the culprits.