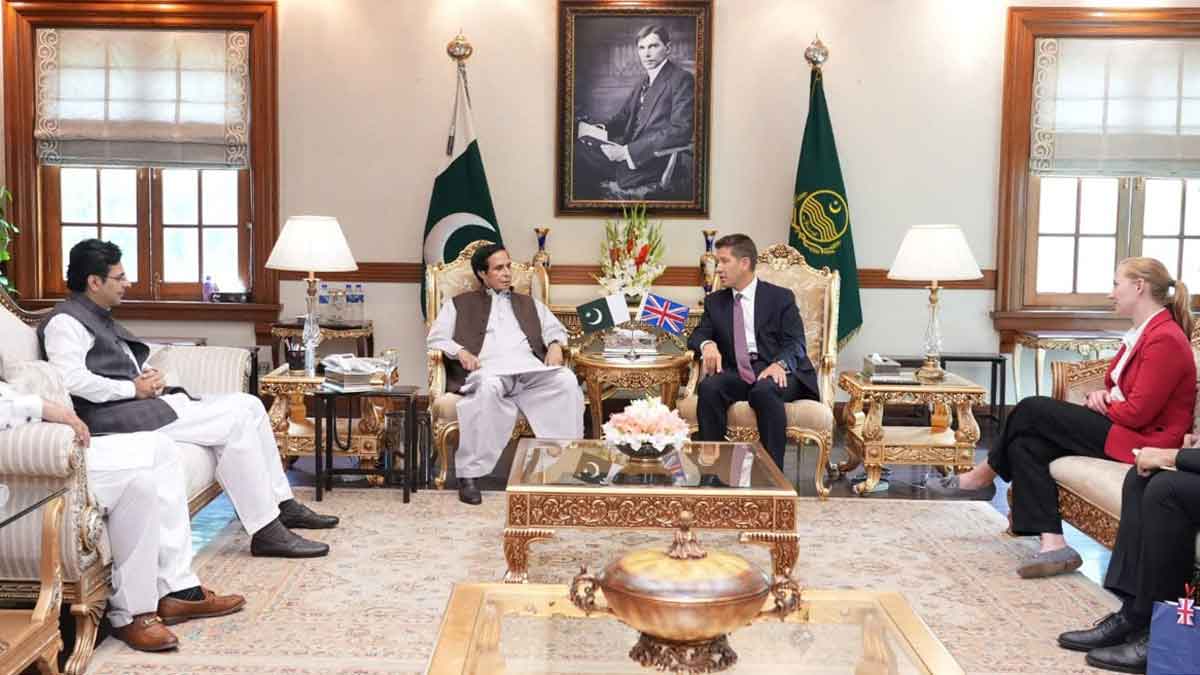 According to the details, Punjab and the UK decided to promote cooperation in different fields including health and technical education. The British high commissioner expressed his regret over the loss of lives and property because of floods and guaranteed to continue cooperating with the Punjab government in education, health, and other sectors.

The chief minister called Pakistan and the UK strong partners of development and prosperity and acknowledged the UK’s contribution to helping the flood victims.

“The Punjab government values UK cooperation for improvement in peace and security and social sectors”; he said and expressed keen desire to expand the bilateral relations in different fields.

He added the government would extend the current reforms program initiated with British cooperation in different sectors. He further remarked that a complete plan had been formulated for the rehabilitation of flood-affected areas and the victims.

Moreover, the survey has started to recover the losses of livestock, he mentioned and informed that houses would soon be built for the flood victims.

Chief Minister Punjab Elahi said that a plan was made to secure the rainwater in the mountainous area of Koh-e-Sulaiman in 2002 however the subsequent government didn’t do any work on this project.

From now onwards, the provincial government was going to restart this scheme, he claimed and hoped that this constructive project would help to deal with the situation that occurred due to rains in Koh-e-Sulaiman.