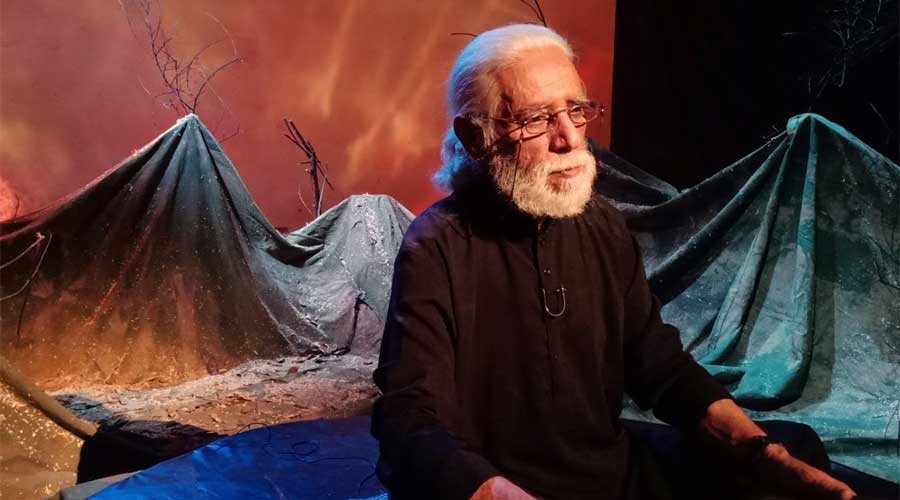 The Pakistan Television Network (PTV) sent a cheque of only Rs 620 to the legendry Pride of Performance winning artist Rashid Mahmood which is circulating on social media. Several actors and directors came forward to show solidarity with the Rashid Mehmood and demanded from PTV to show some respect to senior actors as they did a lot for the industry.

After receiving the skimpy Rs 620 cheque the actor shared it on Twitter and said “Hi. I received this cheque from PTV and I can’t understand. Total amount Rs620 includes Pride of Performance Fee Rs500 and payment of my work Rs120 only.”

He further says that “What are the criteria of paying a pride of performance winner in this country and who spend 50 years of life in PTV.”

Hi. I Received this Cheque from PTV
And i can’t understand.
Total amount 620/-
Pride of Performance Fee. 500/-
Payment of my Work. 120/- only.
What are the criterias of paying a pride of performance winner in this country and who spend 50 years of life in PTV. #Ptv pic.twitter.com/Id1yPo1bGo

Elaborating further in a video that circulated, Mahmood talked about how he was invited to recite a marsiya by Mir Anees two years ago in Muharram. “For the past two years, I hadn’t really received any work opportunities from PTV. If all work was put on hold then it’s fine if I too wasn’t receiving any opportunities. During Muharram, Pakistan Television Lahore commissioned me to recite Mir Anees’s marsiya. I recorded it and it aired on the 9th and 10th Muharram multiple times. After two years the cheque I received, was Rs 620,” he said.

The news spread like wildfire on social media and a robust response came from the big screen and Television based society on PTV’s mistreatment of the legendry TV actor.

Pakistan’s leading singer Ali Zafar expressed his views regarding the dishonorable act by PTV and said “I remember the day I had visited PTV some years ago and was shocked to see such a senior & respected artist urging for his (very small) payment to be cleared. I had conveyed that I would not take mine until his was cleared with the hope that things would change sooner than later.”

He further said that “It has become a common norm for artists, actors, producers even journalists & various other employees to chase their pending salaries/payments for months as if they were asking a favor. This culture needs to end. There should be a law which binds for timely payments.”

The writer and singer further expressed his feeling “A society is known by the way it treats its creative and literary minds.”

Actor, Director and screenwriter Shamoon Abbasi also tweeted regarding this matter “Paying 620/-rs to Mr. Rashid Mehmood by an institution like PTV does not make sense. What are the criteria’s of paying a pride of performance winner in the country”? Adding more to it he said “what does it take to gain a little respect if not so many decades Rashid sahab have given to this country?”