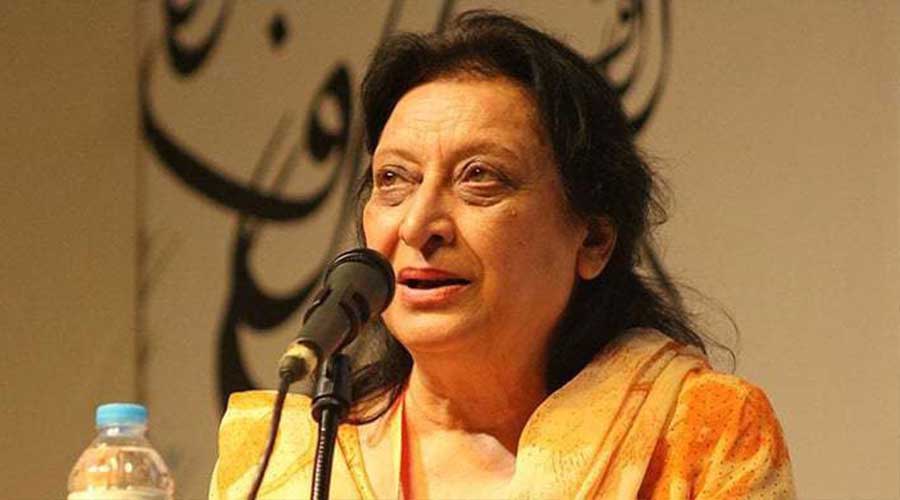 The daughter of famed poetess Fahmida Riaz has rejected the award for her late mother announced by the government. She declined the presidential award in protest against torture and kidnapping of the writer and journalists.

While talking on Facebook Veerta Ali Ujan said, “Awards section contacting me about ammi’s award investiture ceremony. . . .How can I accept an award for her work at this time? It would be an insult to her whole life’s struggle for justice and equality. Writers and journalists are being kidnapped, tortured, even murdered. Harassers being awarded. Karachi left to rot in sewage.”

She further added, “So. No thank you. I am refusing the presidential award for my mother’s work. I’m sure she would have refused it if she was alive today.”

Daughter of Fahmida Riaz Veerta Ali Ujan while speaking to a reporter further said, “If my mother was alive today, she would not wish to be associated with any government award in the current climate of authoritarian intimidation of publications, writers and journalists. She would be crying over the state of Karachi and angry at the way blasphemy cases are being used as a blunt instrument to divide society.”

She continues, “If anyone doubts this, they can read her poetry and prose. If the government wishes to award her, it should refrain from rewarding and encouraging injustice, exploitation, and misogyny.”

Fahmida Riaz was born even before the partition of the sub-continent in 1946, she was the leading Urdu poetess of her time. She had been active in many human rights movements. She was the only one at that time who campaigned against the military rule of Muhammad Zia-ul-Haq, she also voiced against the execution of former Prime Minister Zulfikar Ali Bhutto. She was 72 years old when she passed away on 21st November 2018.