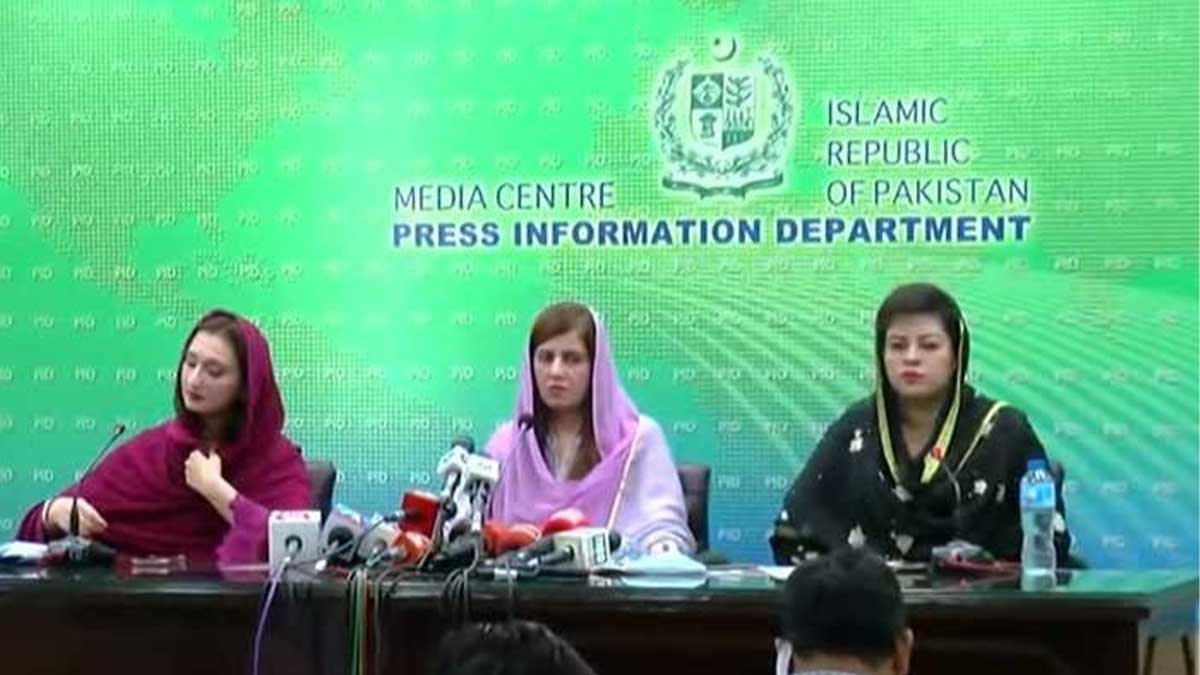 Earlier, the prime minister spoke on many issues while responding to questions but his remarks on rape and temptation in his interview with Jonathan Swan for Axios drew sharp criticism. He said, “If a woman is wearing very few clothes, it will have an impact. It will have an impact on the men, unless they’re robots. I mean it’s common sense,” he added.

This has prompted storm among people of Pakistan, the civil society and the opposition has started lamenting the prime minister’s remarks, wondered why he had blamed women for being raped due to, what he called, lack of veil and proper dressing.

However, during the presser, Minister of State for Climate Change Zartaj Gul claimed that the premier was “a symbol of women empowerment” as no other party had managed to mobilize women in the political sphere to this extent.

“For the first time in Pakistan, five women ministers are sitting in the federal cabinet. This means that if there is a symbol of women empowerment in Pakistan, it is Prime Minister Imran,” she said.

“Our culture and way of dressing is idolised across the world. They wish and try to dress like us graceful Pakistanis,” she said, adding that no “liberal corrupt” would be allowed to be a spokesperson for Pakistani society.

“My culture has given me respect, Islam has taught me modesty. Do not try to distort the things said in the Holy Quran,” said Gul in the press conference.

She further said, “When we go somewhere men stand up and vacate their seat. They don’t say ‘equality’. They say you have more respect because you are a woman.” She said that the way the prime minister had given space and a “strong position” to women had not been witnessed before in the country’s history.

“You can’t distort a question and determine whether or not the premier cares about protecting women and children. You need to see what the government has done,” she said pointing to the establishment of special courts for deciding rape cases and anti-rape crisis cells at hospitals.