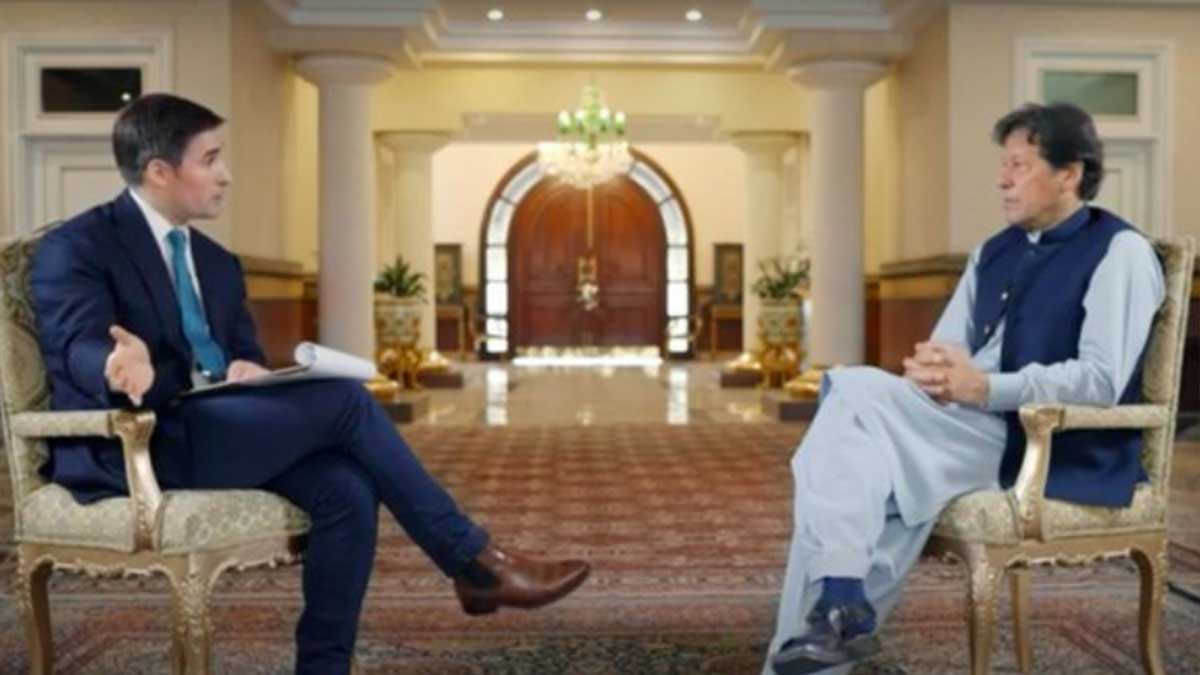 In an interview with HBO Axios, Prime Minister Imran Khan told the interviewer that a partial lockdown coupled with comprehensive data analysis helped the government to curb the Covid-19 pandemic in Pakistan.

Jonathan Swan, who was the interviewer asked the PM that how Pakistan fared better in containing the coronavirus pandemic as compared to the United States, which recorded more than 600,000 Covid-19 related deaths.

“For someone who believes in God, there is only so much you can do and then is the twilight zone which is beyond you. So you can only try your best,” the premier said.

The premier further said that when Covid-19 was rampant through Europe; Spain and Italy were the first two countries where you saw the hospitals getting full.

“There was a big temptation in Pakistan by other politicians, leaders and the opposition that we should do a total lockdown. I kept asking what will happen to the daily wagers. About 70 to 75 percent of our workers are in the informal economy.” He added that provinces decided to clamp down and narrated how the underprivileged were desperate for aid.

“You cannot lockdown hungry people,” the PM stressed. “So immediately we took the best decision, we opened up and just had smart lockdowns.”

The premier then explained the function of the National Command and Operation Center (NCOC) and said data from all over the country was being analyzed. “If we had a hotspot, we would clamp down on the area.”

Furthermore, premier Imran Khan also talked about the Afghan peace process in the HBO Axios interview, there must be a political settlement in Afghanistan before the Americans leave.

According to the UN Security Council resolutions, there should have been a plebiscite for the people of Kashmir to decide their own future, said the PM while talking regarding the Indian Illegally Occupied Jammu and Kashmir (IIOJK) dispute.

“This has not taken place,” PM Imran said. “If the Americans have the resolve and the will, this can be sorted out.”

He also talked about Islamophobia as he said that “there is a big communication gap between the Islamic world and western societies”.

Elaborating, the premier said it happened after the 9/11 attacks “when the word Islamic terrorism came into currency”.

“The moment you say Islamic terrorism, the man in the street in the West thinks there is something in Islam that leads to terrorism.”