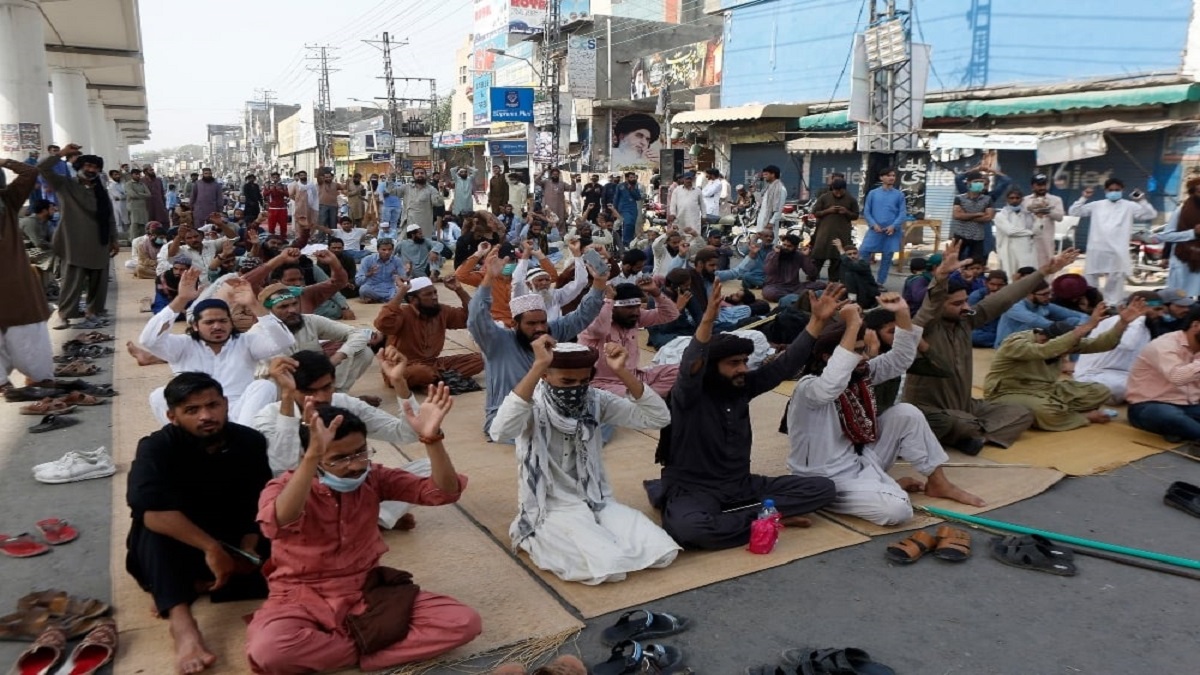 Protests in support of the Tehreek-i-Labbaik Pakistan (TLP) is at peak as people demand the release of TLP chief.

On Monday, TLP chief Saad Rizvi was arrested by the police in the eastern city of Lahore. “The central leader of Tehreek-e-Labbaik Pakistan Hafiz Muhammad Saad has been arrested,” said a senior party leader Syed Zaheer ul Hassan Shah in a video message posted on social media.

Now, TLP’s supporters are demanding to release their leader, they are protesting in some parts of the country. Major intersections remained closed in Lahore while traffic was upset in Islamabad and Karachi. Further, Motorway Police advised citizens to avoid travelling unnecessarily, adding that Motorway M-1 and M-2 were open for all kinds of traffic.

Moreover, in a statement, party spokesperson Tayyab Rizvi said that there was no truth to reports that the protests had been called off. “They will continue till the French ambassador is deported,” he said.

He further said that party workers will take part in the protests till they are told otherwise by the party chief. He added that party workers had been martyred in firing incidents in Karachi, Lahore and Talagang. “The number of TLP workers martyred has risen to 12,” he said.

However, it is still unclear what charges Rizvi was being held on.

Syed Zaheer ul Hassan Shah alleged that the government had “violated” an agreement signed with the party in February to stave off the threat of further protests over perceived “blasphemy” by French President Emmanuel Macron.

Moreover, a day earlier, at least 2 people were killed and several others, including policemen, injured during the violence in major cities of the country.

The TLP is protesting blasphemous comic strip published in France, demanding that the French ambassador be sent home and import of goods from that country banned.