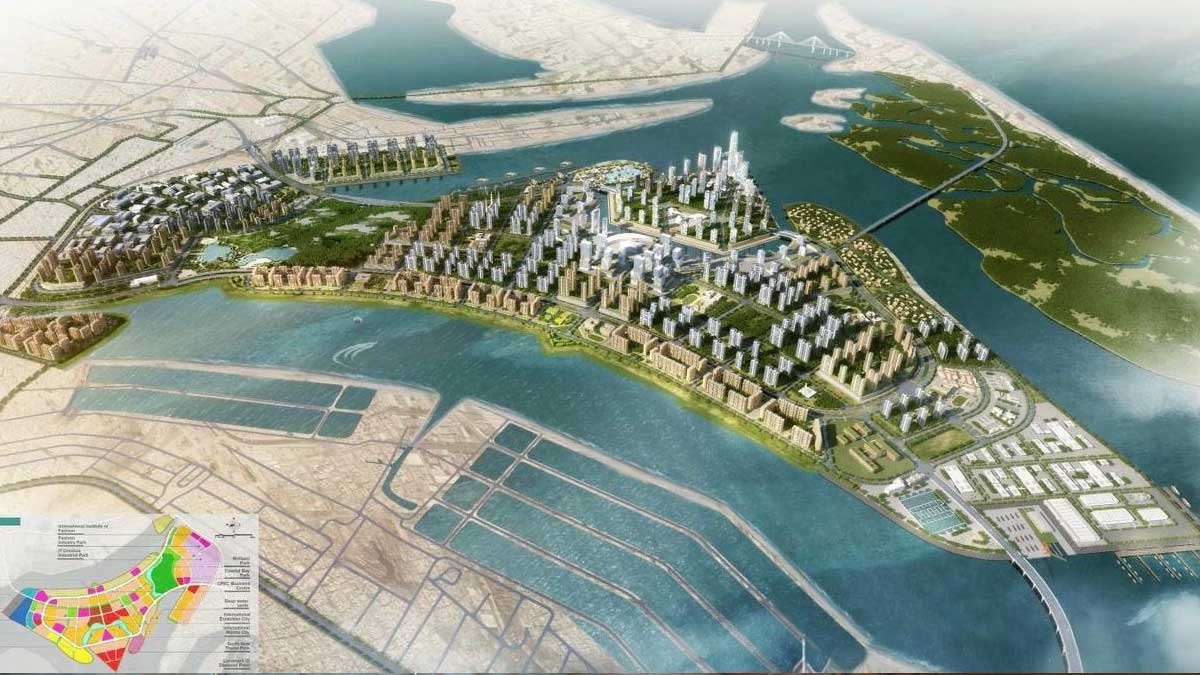 Top management of the Board of Investment (BOI) and Karachi Port Trust (KPT) has reviewed progress on the Karachi Comprehensive Coastal Development Zone program and the coastline has become a part of the China-Pakistan Economic Corridor (CPEC).

Calling the step a “game-changer”, the Pakistan Tehreek-i-Insaf-led federal government in September 2021 had revealed the aspiring plan to reestablish Karachi’s coastline under CPEC with $3.5 billion “direct Chinese investment”- aiming at renovating the city’s seaboard with new docks for the port, a new fishery port and a ‘majestic harbor bridge’ joining it with Sandspit beach and Manora islands.

Informing the meeting, KPT chairman Nadir Mumtaz said that the spadework of the project was being accelerated for the early uplift of the coastal zone.

Moreover, the region will be sited in the backwater area on the west embankment of the KPT and the plan involves the development of three artificial islands via the renovation of land in the surrounding waters.

The KPT has made the idea of the zone project one of the ways to solve the issues regarding the port for the purpose to solve many of the infrastructure problems plaguing the metropolitan as a whole in addition to developing the fisheries industry of Pakistan and giving opportunities, creating economic activities and enabling the transfer of technology in the maritime industry.

This mega coastline project, being introduced by the Joint Working Group (JWG) under the second phase of CPEC, is headed by the BOI from the Pakistan side and the National Development and Reforms Commission from the Chinese side.

While speaking at the event, BOI Secretary Fareena Mazhar stated that the JWG was fully dedicated to the projects under its field and spirited efforts for early development of the zone would be guaranteed.

Furthermore, the initiative of the ministry of maritime affairs, the zone mission spreads over 640 hectares (1,581 acres), on the western backwaters marshland of the KPT, leading to the facelift of one of the oldest city slums Machhar Colony while relocating its more than half a million population.