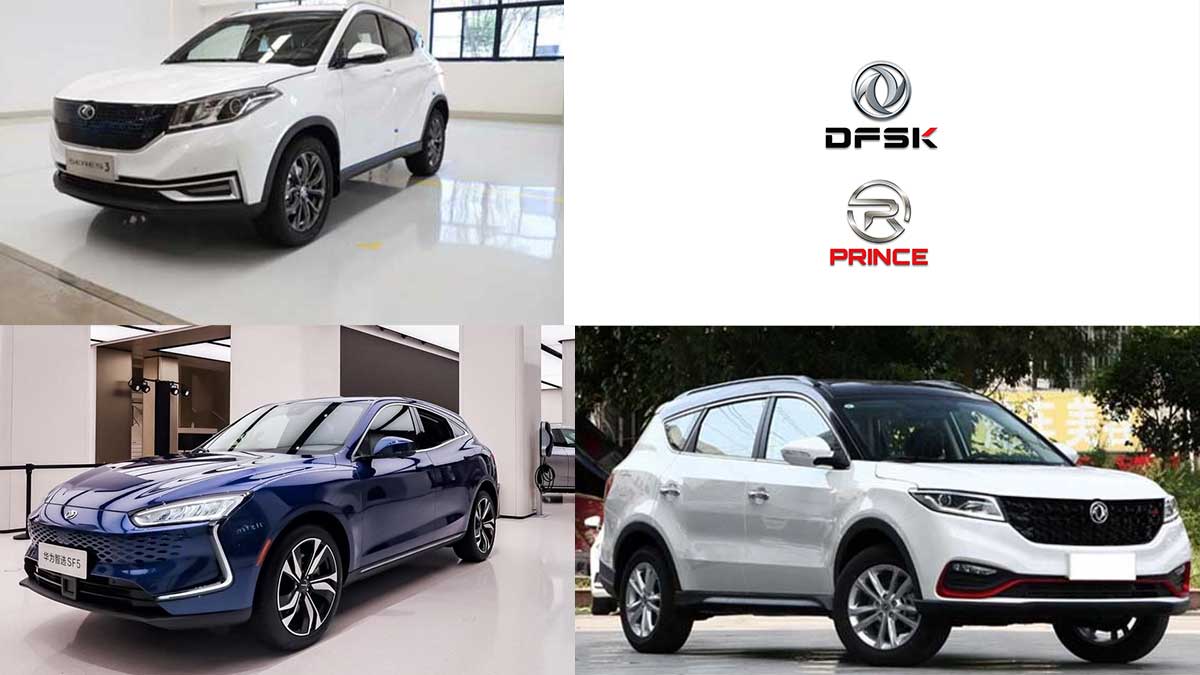 There was a time when Pakistan did not have more than a few options in the SUV category, however with the automobile scheme gaining steam many big players have turned their face towards Pakistani auto sector and launched their premier services within the country.

Now with no end in sight, the parade of SUVs continues to make its way to the Pakistani market. With new entrants such as the Haval Jolion, Changan Uni-T, Oshan-X7, Proton X50, Seres SF5, BAIC BJ40, X25, and Chery Tiggo 8, Pakistan’s SUV market has suddenly become crowded.

Dongfeng Sokon (DFSK), on the other hand, appears to be far from done bringing more SUVs into the Pakistani market after Glory 580. According to multiple reports, the Chinese automaker plans to introduce two new SUVs in Pakistan, the Seres S3 and the Glory 580 Pro Star edition. Moreover the automaker is pairing up with Chinese telecom equipment manufacturer Huawei to launch a new SUV, SF5 in Pakistan.

The official social media pages of Pakistan’s Prince DFSK revealed on Wednesday that the country would soon be getting a new SUV codeveloped by DFSK and Huawei.

According to the post, the SUV under discussion is SERES Huawei SF5. The crossover plug-in hybrid car will land in Pakistan by the second quarter of 2022.

The Seres S3 is a fully electric crossover SUV that will debut in the third quarter of 2021. The SUV has a single electric motor and a 52 kWh battery pack, giving it 160 horsepower and 300 Newton-meters of torque, as well as a range of 230 to 405 kilometres.

It has a lot of tech features and is a great value because it’s a modern SUV. Meanwhile, according to the reports the Seres 3 could be around Rs. 5.5 million and will be directly competing with the Kia Sportage, Hyundai Tucson, MG HS and Corolla Cross.

The Star trim level, a more high-end version of the DFSK Glory 580 SUV, will be the other option. According to reports, the latest trim level will include cosmetic updates, a better performance from a similar 1.5-litre turbocharged petrol engine, and a few extra features such as Lane Assistance, Blind Spot Detection, Front Car Collision Warning, and Adaptive Cruise Control.

While no information about the prices of any of the new entrants has been shared by the automaker, however, as per market reports it is expected that this higher trim version of the DFSK Glory 580 would also cost about Rs. 5.5 million.

Last week, Prince DFSK announced on its official Facebook page that another new SUV is being co-developed by DFSK and Huawei, and that it could “reach Pakistan’s roads soon.” It would also be a Seres product called the SF5, which would be a high-end electric vehicle with DFSK’s powertrain and mechanicals and Huawei’s software and engineering features.

However, it is unclear which of the aforementioned vehicles will be available in Pakistan anytime soon.