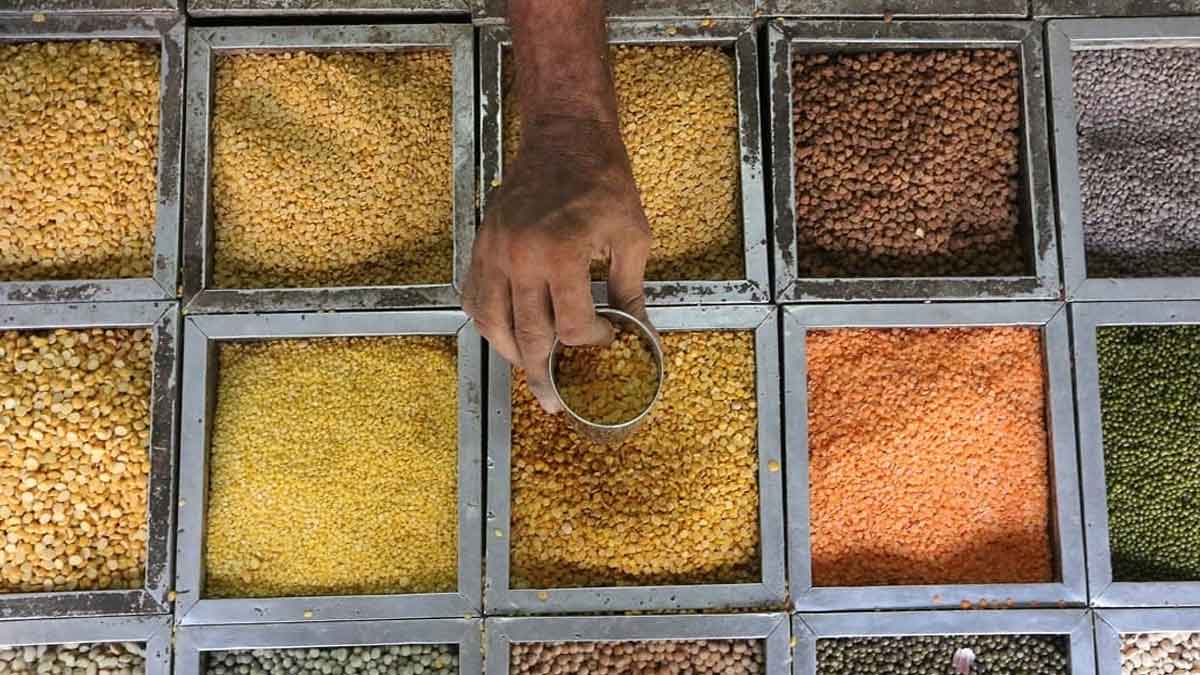 Due to crop damage caused by flash floods brought on by severe rainfall, wholesale prices of all pulses have skyrocketed.

Details indicate that due to crop damage from flash floods in Sindh, Punjab, Balochistan and Khyber Pakhtunkhwa, pulse prices have risen 10 to 15 percent in the wholesale market.

Chairman Wholesale Grocers noted in a statement that the fact that most pulses are imported was another factor contributing to the price increase.

Different pulses now cost up to Rs 40 per kilogramme more. Black gram and yellow split are now priced at Rs 280 per kg and Rs 175 per kg, respectively, an increase of Rs 40 per kg.

In the meantime, the cost of chickpea lentils climbed by Rs 25, reaching Rs 220. Additionally, the price of white gramme climbed to Rs 250 per kg while the price of black gramme jumped by Rs 50 to Rs 200.

It is important to note that the flour mills association increased the cost of flour in the wholesale market, where the price of a kilogramme of flour has risen to Rs 90 following an increase of Rs 10.

Amid the surge in prices of pulses, the mill owners urged that the government permit wheat imports in order to prevent a situation where the price of flour could reach Rs 200 per kilogramme.

The owners of Atta Chakki have raised the cost of flour by Rs 8 to Rs 116 per kilogramme.

Details indicate that the Atta Chakki owners in Lahore have raised the price of flour by Rs 8 per kg, bringing it from Rs 108 to Rs 116.

Following an outrageous increase in the cost of wheat on the open market, it was determined at an association meeting to justify the price of flour.

On Tuesday, Chaudhry Pervaiz Elahi, the Chief Minister of Punjab, claimed that the federal government was acting “like a stepmother” toward the Punjab government, particularly with regard to the wheat provision situation.

According to the CM, the price of wheat has beens set at Rs 3000 for the remainder of the fiscal year 2022–23. In a meeting on Tuesday, the Chief Minister of Punjab was given the order to formally protest the federal government’s inadequate supply of wheat to the country’s most populous province.

It is important to note that the Punjab Food Department has determined to take rigorous action to stop the smuggling of flour across provinces.

In order to stop the commodity from being smuggled across provinces, the provincial food administration has reportedly decided to take harsh steps, including legal action against traders and flour mills.

According to sources, a sizable police presence has been stationed at the checkpoints in Peshawar and Sadiqabad to restrict the transit of the item.