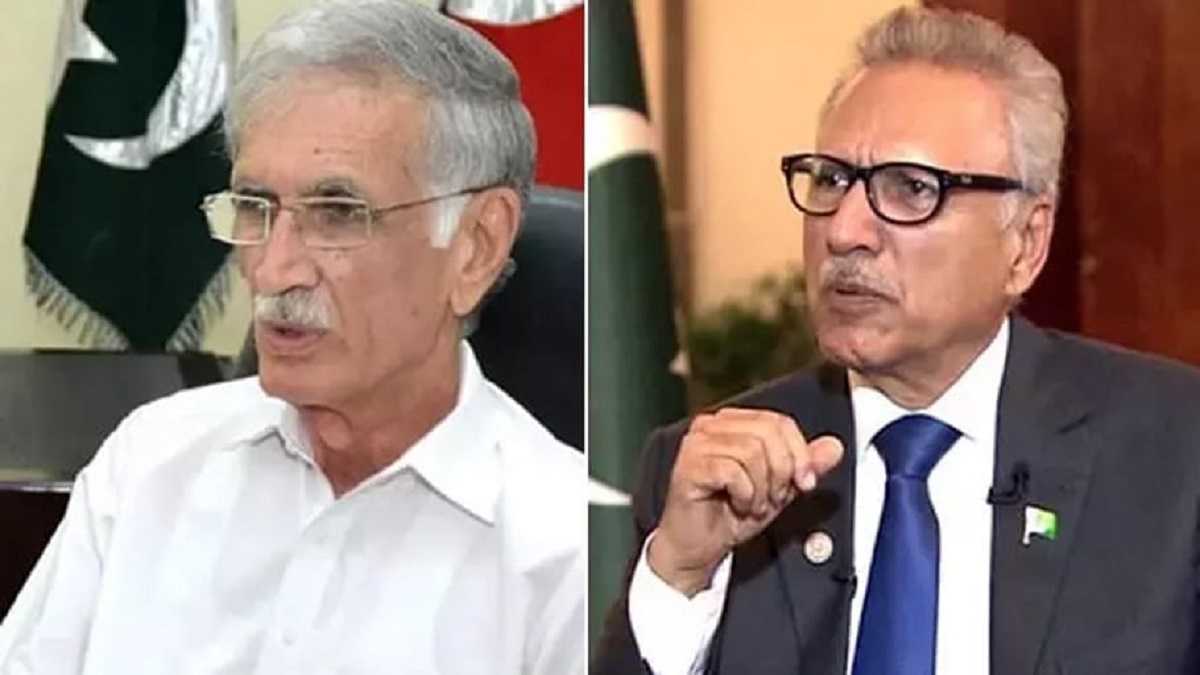 President Alvi had confirmed his diagnosis through a tweet, saying: “I have tested positive for Covid-19. May Allah have mercy on all Covid affectees. Had 1st dose of vaccine, but antibodies start developing after 2nd dose that was due in a week. Please continue to be careful.”

Meanwhile, Defence Minister Pervez Khattak was also found to be infected by the virus.

On Tuesday, Pakistan reported at least 100 deaths from coronavirus after a gap of almost three months. 92 out of 100 deceased patients were admitted in several hospitals, while the rest of 8 were on life support system.

100 deaths were reported on 23rd December 2020 and now in last 24 hours, 100 more deaths have been occurred amid third wave of Covid. According to the data provided on the National Command and Operation Centre’s (NCOC) official website, about 100 people lost their lives in the last 24 hours, taking the countrywide death tally to 14,300.

Health experts have raised concerns over the mushrooming cases as Pakistan has reported 663,200 COVID-19 cases so far.

On Sunday, the coronavirus monitoring body took the decisions in a meeting. The meeting was chaired by Federal Minister of Planning and Development Asad Umar. Chief Ministers of all four provinces attended it via video link. The NCOC announced a “complete ban on marriages (including indoor and outdoor) from 5th April onwards”.

“However, provinces will be at liberty to implement restrictions in early time frame as per the situation on the ground,” read the NCOC statement.