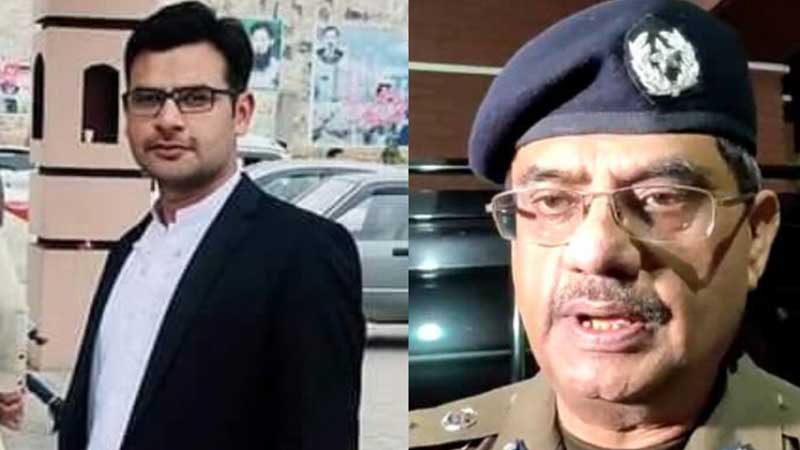 The sub-inspector of the Punjab police has resigned from his post after controversial Lahore CCPO Umar Sheikh allegedly called him ‘Khotay kay bachay’ during an official meeting.

According to the report, Capital City Police Officer (CCPO) Lahore verbally abused the sup-inspector in an official meeting due to which he resigned. The sub-inspector Fahad Iftikhar Virk, in his two-line resignation letter, said that he is unable to serve the police department any longer after the humiliating experience.

He said that he was called ‘Khotay kay bachay’ when Mr Virk incorrectly answered a question in a meeting chaired by the CCPO Lahore on September 22. The sub-inspector said that he felt extreme insult and then immediately made the decision to resign from his position after the meeting.

He said that he had been in charge of the media monitoring cell and was briefing Sheikh and other officers on a matter related to his portfolio. He said, “The CCPO asked me a question, which I answered, While I was replying, he interrupted and called me a ‘khotay ka bacha,’ saying he was asking me something but was getting an answer to something else.”

Mr. Virk also said that he completed his MPhil degree in environmental chemistry from the United States in 2015. He told that serving is police had always been his passion and so appeared in the competitive exams of the Punjab Public Service Commission and secured 10th position as was written on the merit list.

He said he resigned because he felt his dignity was severely attacked. He said, “I was asked to get out of the meeting, which I had to. I later wrote out my resignation to the senior superintendent of police (SSP), Lahore.”