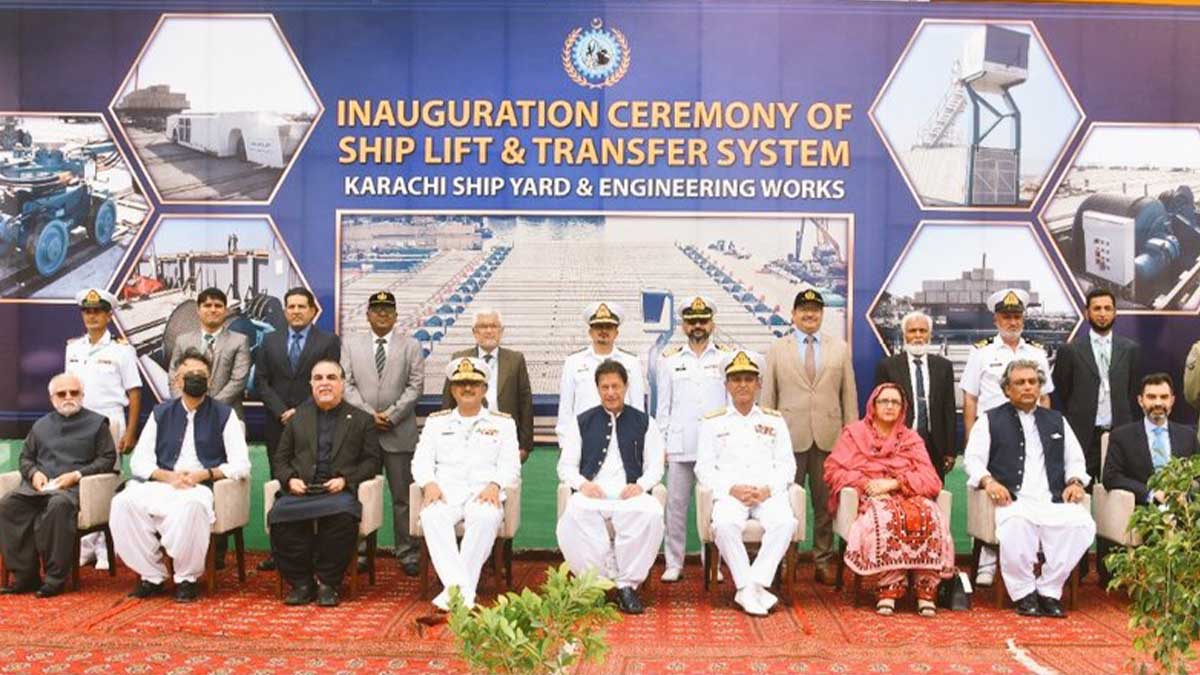 Prime Minister Imran Khan while speaking at the inauguration ceremony of the Ship Lift and Transfer System at the Karachi Shipyard after arriving in the city on a day-long visit, said that Pakistan did not progress as rapidly as it was supposed to, citing money laundering and corruption as major drawbacks.

The premier said, “Since I grew up side-by-side with Pakistan, let me say on this occasion that we [country] were not able to progress and reach our potential as we were supposed to.”

Pakistanis has lost their way instead of standing on their own feet and using their genius, said PM. “We became an import-led economy and Pakistan started relying on foreign aid,” regretted PM Khan. “We didn’t recognize our power. Whenever someone starts to depend on crutches, his physique deteriorates,” he added.

Furthermore, he also said Pakistan will earn in dollars through the newly-launched system. He added that the country will do all efforts to promote its exports and attract foreign investment.

The work will be done to end money laundering so that the dollars Pakistan earns do not leave the country.

He said, “The ship lift will work as a large elevator platform to raise the ship out of water for dry-docking ashore and lowering it back into water after completion of work. The ship transfer system with its electro-hydraulic trolleys has been designed to transfer ships from shiplifts to dry berths on land.”

However, the premier will also visit Sonmiani Beach in Lasbela, Balochistan where he will inaugurate the plantation campaign and address participants of the campaign as well as locals.