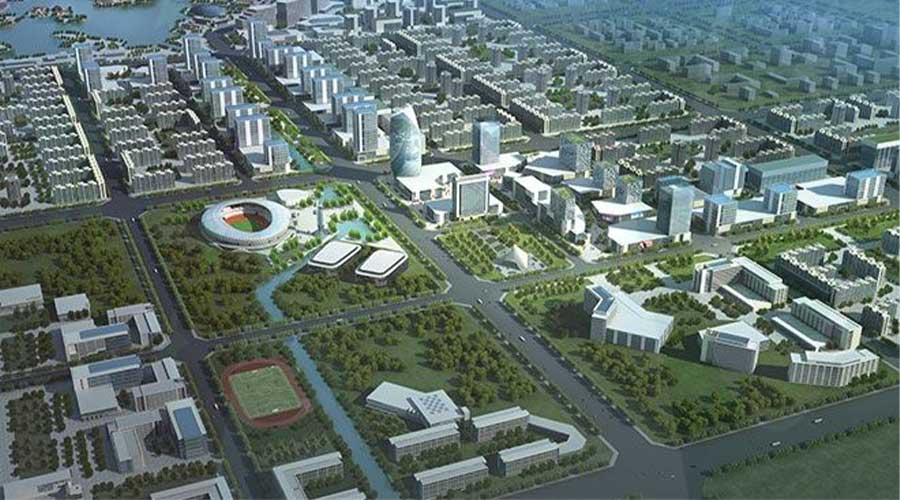 Read more: Six economic zones completed in Khyber Pakhtunkhwa and they are likely to be inaugurated by February 2021

“The city will be constructed under CPEC and will consist of education and commercial zones, public buildings, apartments, golf course, theme park, and sports facilities,” said the federal minister while speaking at a public meeting in Abakhel, Nowshera Kalaan.

Federal Minister for Defence and ex-CM KP further said that there would be a large number of industrial units that would be set up at the “CPEC City”. It would create hundreds and thousands of jobs for the people of Nowshera and nearby districts of Khyber Pakhtunkhwa.

The Minister showed hope that the people of his home district would accord a rousing welcome to the prime minister during his forthcoming visit to Rashakai to thank him for the mega CPEC city project.

Later on, Pervez Khattak in his address came down hard on the 11-party opposition’s alliance of the Pakistan Democratic Movement (PDM). He accused its leaders of coming together to protect their own interests. He said that coming together for their own interests is the way of the PDM leaders that were facilitating and strengthening the Indian stance against Pakistan.

He added that opposition parties are ignoring this fact rather they are fighting for their own interest. He said that parties, which are included in PDM, have no concerns for the increasing issues of poor people and they are least concerned for the increasing poverty.

He further said that they had joined hands against the government to acquire powers by all means.