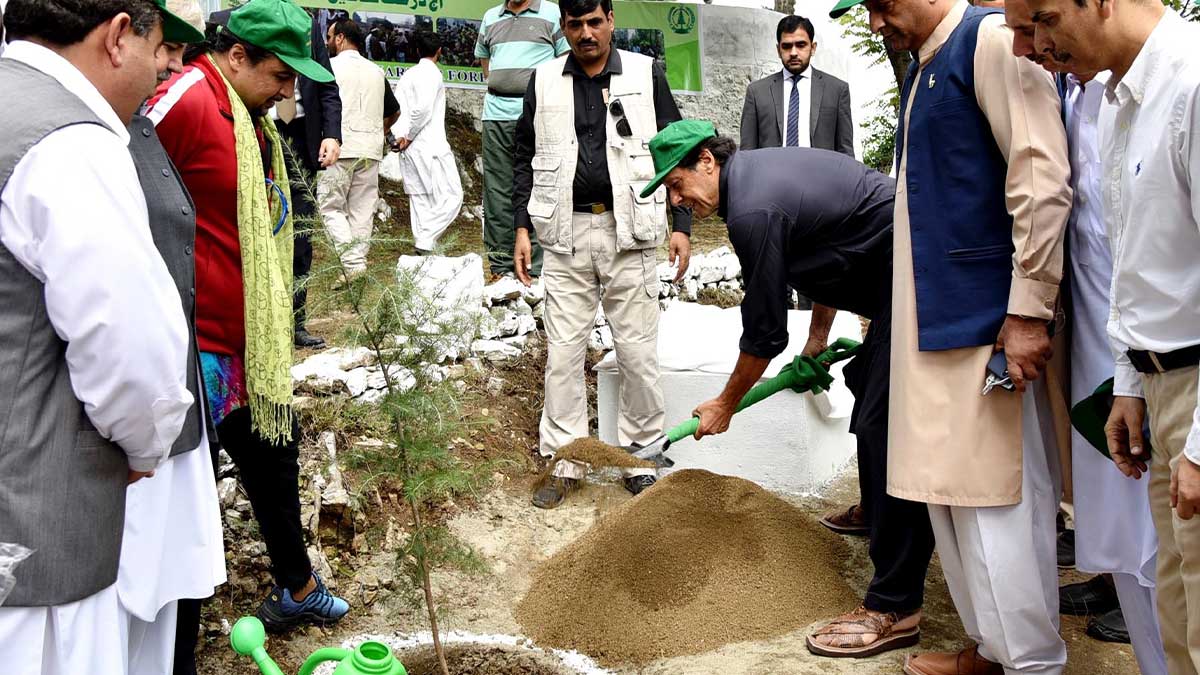 Prime Minister Imran Khan has urged all Pakistanis, especially the youth, to prepare themselves for the “biggest tree planting campaign in Pakistan’s history” ahead of the monsoon season in 2021.

Read more: Students who plant trees will be given 20 marks extra: Zartaj Gul

“We have a lot of catching up to do,” the premier noted in his tweet. “And we will be gearing up this monsoon season for our plantation drive — the biggest in Pakistan’s history.”

However, in 2021, Prime Minister Imran launched the Spring Tree Plantation Campaign 2021, vowing that his government would make a “green Pakistan” by planting 10 billion trees.

According to the Pakistan Economic Survey 2020-21, released in May, the target had been achieved of planting around 350 million trees and 814.6m plants across the country in that time period under the Ten Billion Tree Tsunami Programme (TBTTP).

The success of the Billion Trees Afforestation Project (BTAP) in Khyber Pakhtunkhwa encouraged the government to launch the TBTTP across the country; the Executive Committee of the National Economic Council (Ecnec) approved the programme at a cost of Rs125.1bn.

The government is assertive that a target to plant one billion trees will be achieved by June 2021 and this project is expected to deliver an environmental dividend in preserving atmospheric health, reducing greenhouse gas effects, lowering cases of random floods, lowering rains, droughts and enhancing other biodiversity supportive actions.