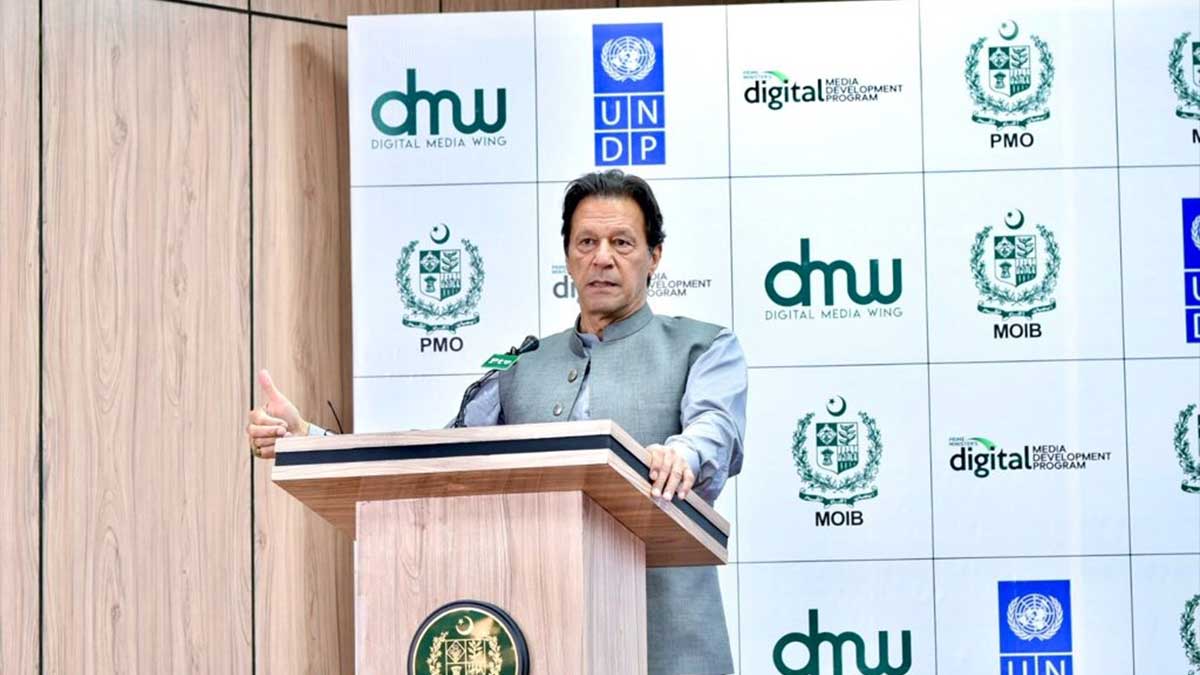 Prime Minister Imran Khan launched the Digital Media Development Program (DMDP) and stated that information technology (IT) is a huge opportunity for the youth.

While speaking at the inauguration of the DMDP in Islamabad, Prime Minister Imran Khan urged the youth not to belittle yourself and to set high goals.

The premier expressed his delight at the start of the Pakistani youth’s DMDP. He claimed that the world is moving toward digital media, and that in the modern era, youth are becoming billionaires.

He asked people to work together for the country’s progress rather than focusing personal gains. Pakistan was based on the basis of establishing an Islamic welfare state, and an Islamic state would never lower its head at any cost.

Imran Khan claimed that previous rulers pushed citizens to bow their heads before foreign powers, but that the current government aims to make Pakistan a respectable and self-sufficient nation.

In response to the propaganda against the Pakistan Tehreek-e-Insaf (PTI)-led government, Imran Khan stated that 70% of reports against the current government had been proven incorrect in the last three years. He stated that opponents should criticize the administration, but only if the criticism is founded on the facts.

The premier said that the media under the PTI-led administration is completely independent, and that no previous government had permitted freedom of speech.