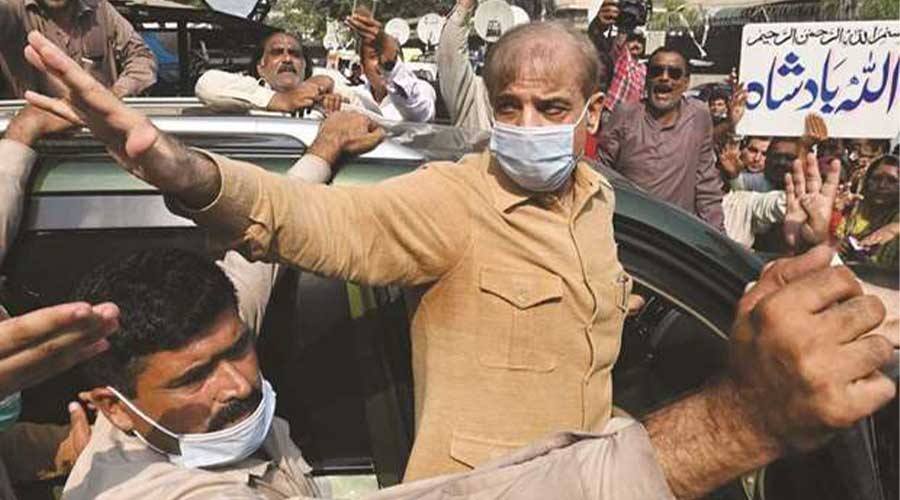 On Wednesday, PML-N president Shehbaz Sharif said that Prime Minister Imran Khan is “yearning” to see him “go to jail”.

The PML-N president claimed that PM Imran Khan wishes to see Shehbaz Sharif behind the bars by implicating him in cases based on flimsy grounds. Addressing a press conference in Model Town Lahore, Shehbaz Sharif made a single comment regarding the former Prime Minister Nawaz Sharif who spoke on Sunday in an online speech at the multi-party conference in Islamabad after which his blunt speech generated a lot of debate and controversy all over the country.

Nawaz’s younger brother said, “We are standing with Nawaz Sharif for the progress of Pakistan,” Former premier and the party’s senior vice-president Shahid Khaqan Abbasi, Rana Sanaullah, and Maryam Aurangzeb were also present.

Shehbaz Sharif further said, “Imran Khan wants to see me in jail. I am ready to go to jail on his (PM Khan) wish. (Former chief justice) Saqib Nisar had opened the case of 56 companies (against me). Not a single rupee corruption allegation was proved in any development project. I reiterate… hang me even after my death if corruption against me is established,” He then alleged that IB and FIA are harassing the people.

“We faced jails in the past and we are not afraid. Things change suddenly, Imran Khan should not forget this.” He added.

He started showing the real opposition party’s face by saying, “Selected PM is busy in covering up wheat and sugar scandals. He did money laundering in foreign funding cases. If ECP brings forth these facts, Niazi cannot stay in his office for a minute,”

“The NAB-Niazi nexus has broken all record of instituting false cases against us. “Imran also took advantage of the amnesty scheme,” he added.

He concluded, “What happened to sugar and wheat scandals… the real culprits in these scandals are Imran and Usman Buzdar. NAB proved that it sees faces and not cases. If economic issues are not addressed, no one can stop its [country’s] destruction.”