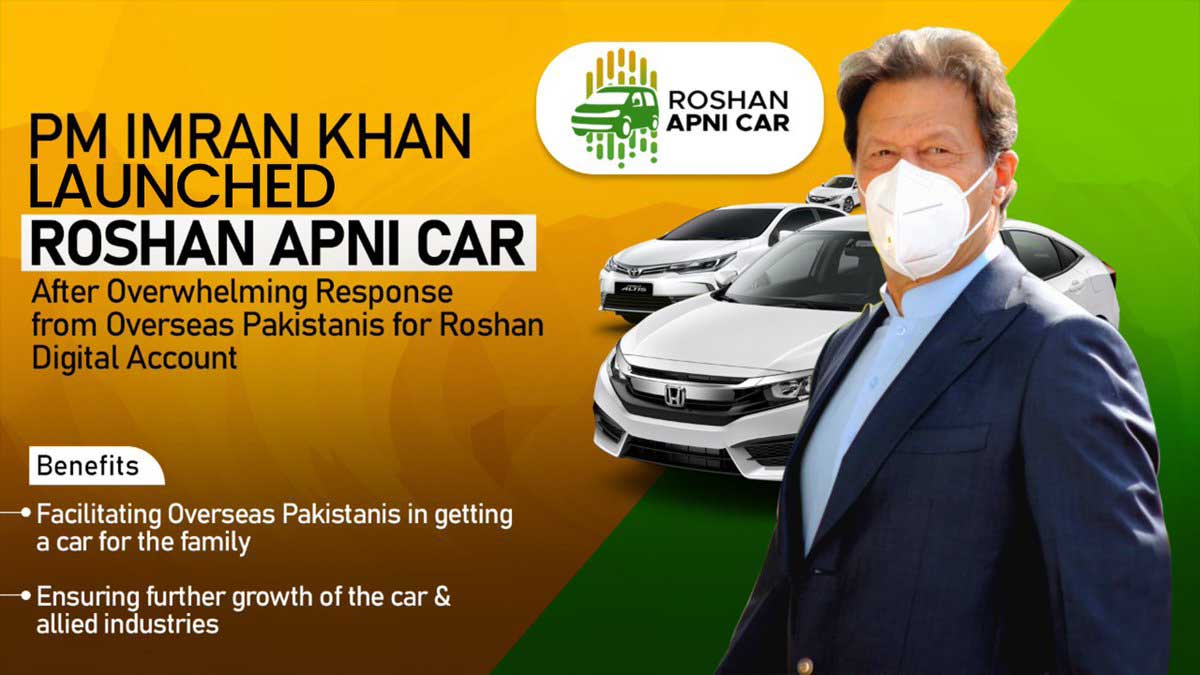 The details of this new scheme were posted on social media by PTI Senator Faisal Javed Khan.

The government has introduced the ‘Roshan Apni Car’ programme in collaboration with the State Bank of Pakistan (SBP) for non-resident Pakistanis (NRPs) to purchase cars for their families with the following benefits:

NRPs can open a Roshan Digital Account (RDA) from anywhere in the world and apply for car financing through Pakistani banks. Banks will charge them lower interest rates, and automobile manufacturers will prefer delivery of their vehicles.

The State Bank of Pakistan has launched the Roshan Digital Account to meet the banking needs of Pakistanis living abroad.

As per the SBP, there are currently nine million Pakistanis living abroad, with 0.12 million opening RDAs in the last eight months. The local car market could draw $200-300 million over the next two years as more potential families enter the RDA club and use the Roshan Apni Car scheme.

According to an auto industry analyst, overseas Pakistanis have the ability to purchase 10,000-13,000 cars per year, resulting in a 5-7 percent rise in annual car demand in Pakistan.

If this occurs, the PM’s plan will be fulfilled, and the new scheme will benefit both overseas Pakistanis and their homeland.

Automobile manufacturers in Pakistan have praised the new scheme and pledged to give RDA holders priority in receiving cars.

We’ve all heard Prime Minister Imran Khan relate to Pakistanis living abroad as the country’s “biggest asset” and promise to implement policies that favour them.