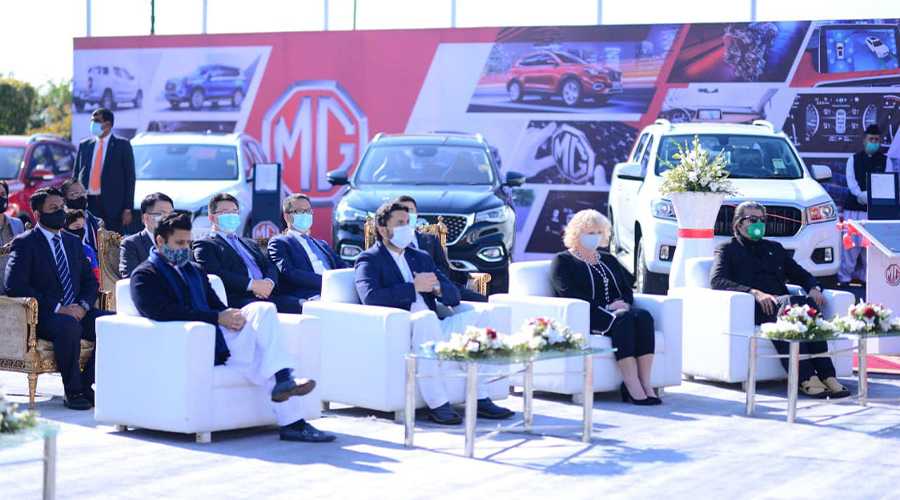 The British automaker MG Motors has received an extremely warm welcome in the country thanks to businessman Javed Afridi who hinted at its launch and now the premier has officially attended the official launch ceremony.

The launch was also attended by a few other important figures, such as the Minister of Industry and Development, Hammad Azhar, the Minister of State, Shehryar Afridi, and the owner of the MG in Pakistan, Javed Afridi.

The event introduced many MG cars that were parked on the side of the launch event, including the HS, the ZS EV, and a mid-sized SUV.

The chief guests stated a few words of encouragement about the entry of the automaker into the Pakistani market and express their trust in the company’s and the auto industry’s growth.

While addressing the ceremony of MG motors as chief guest, PM Imran Khan revealed that Pakistan’s economy is in the right direction and on the road towards prosperity.

While speaking PMIK also claimed that the Chinese development model is the best one that suits Pakistan and needs to adopt that model for a better future.

“We can learn from the speed with which China has developed over the last 30 years,” Khan said of Chinese economic growth.

Moreover, he also commented that just like when China moved its industries to Vietnam, the current government is also looking forward to redirecting Chinese industries to Pakistan.

In order to provide full support and attract such industries, the government also introduced special economic zones. In the meantime, the Government is trying to convince them to export them from Pakistan.

Imran Khan, speaking at the event, stressed that Pakistan has a huge potential for success, and the government now intends to focus all its energies on achieving unprecedented success for each sector of Pakistan.