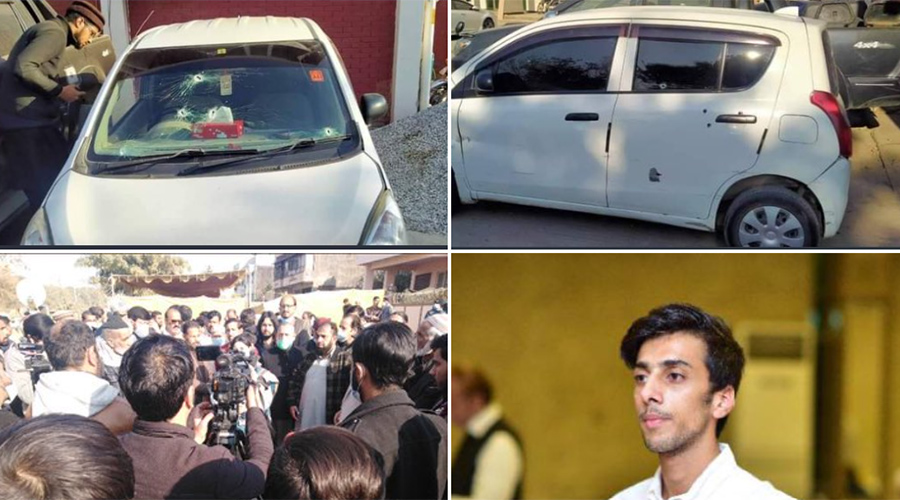 A joint investigation team (JIT) was appointed on Sunday by Chief Commissioner Islamabad Amir Ahmed Ali to investigate the death of young Usama in an alleged staged encounter.

As the head of the JIT Superintendent of Police Saddar Sarfraz Virk has been appointed, apart from SP Virk, DSP Ramna, DSP investigation and the SHO of the Ramna police station have also been included.

Under the anti-terrorism act, the commissioner created the JIT squad to carry out a thorough inquiry into the Usama murder incident and is directed to submit the findings report at the earliest.

The twin cities of Islamabad, Rawalpindi and the whole of Pakistan are in a state of shock, after a 22-year-old student, Usama Nadeem Satti, a resident of G-13 Islamabad, was shot dead by policemen.

On January 2, after allegedly trying to stop the driver several times, security officials fired on a ‘suspicious’ vehicle in Islamabad’s G-10 area on Srinagar Highway, police said, in addition to this, the officials pursued a suspicious ‘vehicle with tinted glasses and tried to stop it several times.’

According to the initial report of the incident, contrary to the statement of the police personnel, it was revealed that shots were not fired on the tyres and five out of total 17 shots were fired from the front of the car which led to death of the youth.

The post-mortem report of Usama Satti revealed that he was shot six times, with all bullets entering from the back. He received one bullet on the back of his head, one on the left arm and four bullets on his back.

Five employees of the Anti-Terrorism Department are currently under arrest and a local court in Islamabad on Sunday approved three-day physical remand of the suspects.