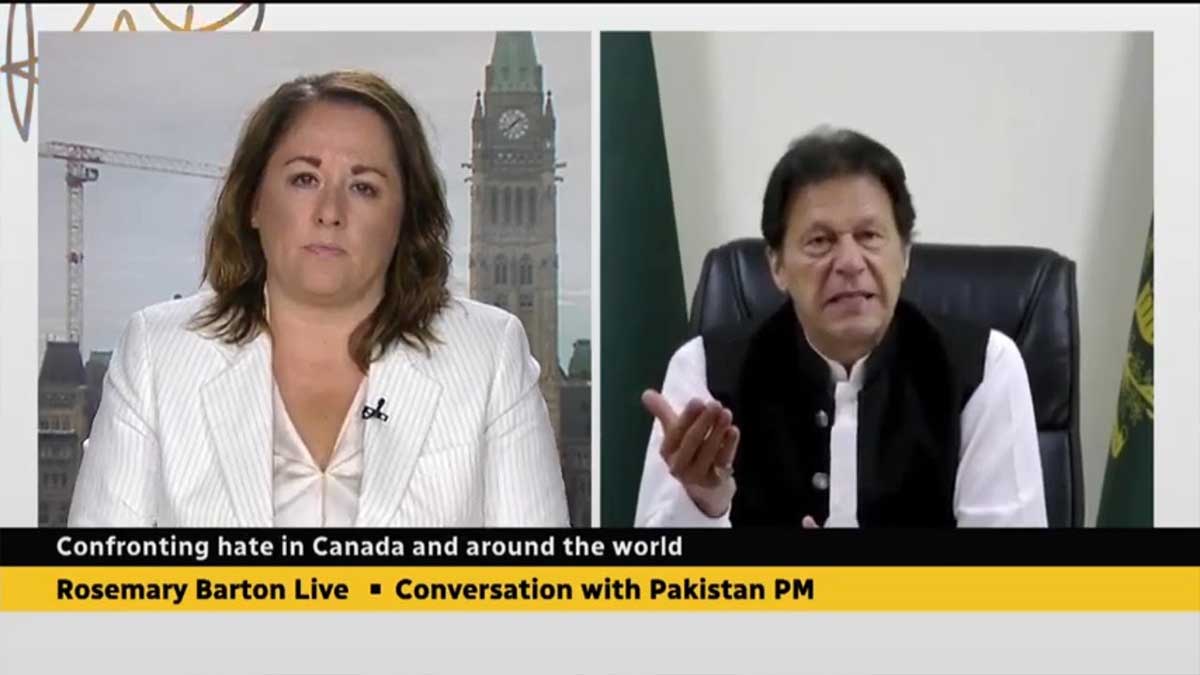 In order to improve understanding about Islam, Prime Minister Imran Khan has urged the Muslim world to present their case at international forums and called upon the world leaders to crack down on online hate speech and Islamophobia.

On Sunday, the prime minister in an interview with the CBC’s chief political correspondent Rosemary Barton called for strict action against websites fanning hatred to create a divide in humanity. He further said that the use of terms Islamic extremism and Islamic radical started after the publication of Salman Rushdie’s book and then the 9/11 incident.

The prime minister also mentioned that the key issue of Islamophobia in the Western world claimed the lives of 4 members of a Pakistan-origin family in Ontario last week. The Canadian police say the family was targeted because they were Muslim. The family moved to Canada from Pakistan in 2007.

Furthermore, the premier said the use of the term “Islamic radicals” shows there is something wrong with the religion which makes people radical. Contrarily, terrorism has no religion as extremists are found in every society.

“Everyone is shocked in [Pakistan], because we saw the family picture, and so a family being targeted like that has had a deep impact in Pakistan,” Prime Minister Khan said.

The prime minister told the interviewer that he had raised the issue with his Canadian counterpart Justin Trudeau, termed him as a leader who understood the importance of fighting online hate and Islamophobia.

He then concluded by saying that as to why it became a big issue when someone wears Hijab or grows a beard in the west. “People objecting to Hijab and a beard is quite bizarre for me. In liberal democracies, why this is an issue,” he questioned.