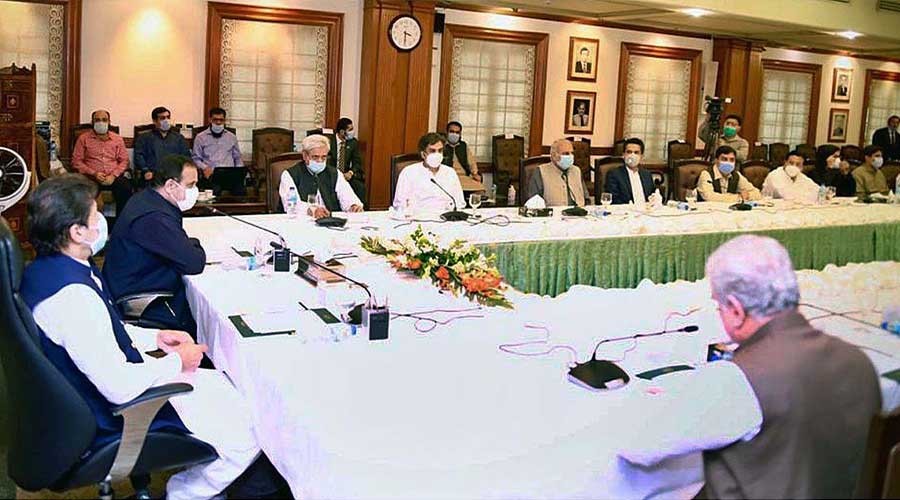 Prime Minister Imran Khan while talking to members of the NA belonging to southern Punjab said that his government aims to give proper representation to neglected South Punjab and to empower its people so that their problems are resolved at their doorsteps.

The Prime Minister said that development is the priority of the government. He directed to constitute a committee, headed by Foreign Minister Shah Mehmood Qureshi. The committee will meet the Chief Minister Punjab Sardar Usman Buzdar and discuss the administrative issues of South Punjab.

A meeting headed by Prime Minister Imran khan was held to overview the development process of amalgamated areas and issues of KPK in PM house on Wednesday.

According to the official sources of PM house, the development process in amalgamated areas, the expenses of 2019-20, and the current year’s financial budget and other issues were discussed.

In another meeting with Governor Sindh, Prime Minister directed NDMA to prepare the detailed report about the post-rain situation of Karachi. Governor Sindh briefed the PM in detail about the post-rain situation of Karachi. Prime Minister said that the people of Karachi will not be left helpless and the federal government will take all possible steps to resolve the issues.

Moreover, the outgoing country director of World Bank in Pakistan, Patchamuthu Illangovan also had a farewell meeting with Imran Khan. In the meeting, the director thanked the prime minister for the corporation during his tenure.