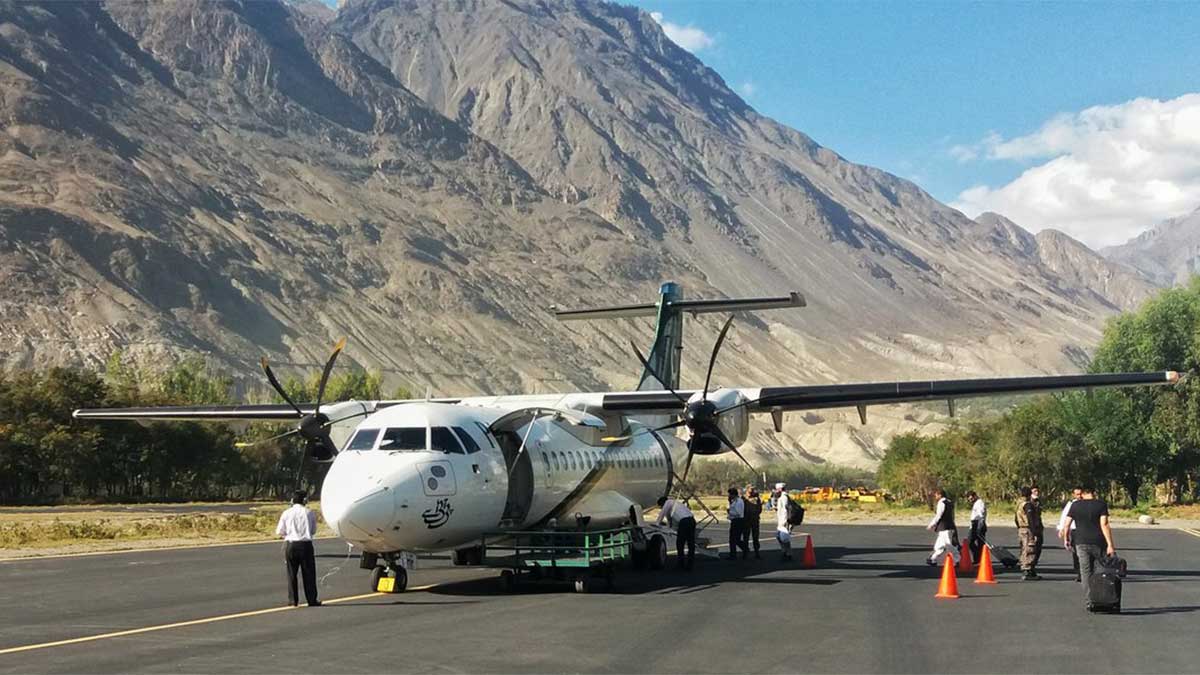 Direct flights from Karachi to Skardu has been started by Pakistan International Airlines (PIA) that will promote tourism in Gilgit Baltistan.

On Wednesday, PIA started direct two weekly flights flights from Karachi to Skardu in order to promote tourism in the northern areas of Pakistan. Earlier, the first PIA Airbus-320 with 178 passengers and eight crew members landed at the Skardu Airport.

Moreover, GB Governor Raja Jalal Hussain Maqpoon in a press release said that the direct flights from Karachi to Skardu had been launched under the consideration to promoting tourism in the region and facilitating the local people. He added that the federal government was fully collaborating to advance the tourism sector in GB.

He also announced that there would also be international flights launching from Gilgit-Baltistan in near future, which would further boost the region’s tourism sector.

“In collaboration with the federal and provincial governments, practical steps are also being taken to make the Skardu Airport an all-weather and international airport,” he said.

Last month, PIA made the announcement in this regard. The PIA, according to sources, will also to start its first ever direct flight between Lahore and Gilgit on the same date.

Speaking to the media last month, the PIA CEO said that after launching direct flight from Lahore to Skardu, the national flag carrier is planning to launch Lahore-Gilgit flight as well.

He said “PIA is also planning to launch direct flights from Karachi to Skardu,” PIA was taking measures for the promotion of tourism, he added.

The airline had launched direct flights to Skardu from Lahore. The first ever PIA flight PK-8453 flight with 153 passengers landed at the Skardu Airport.

Meanwhile, the Civil Aviation Authority (CAA) has issued TPRI (Tourism Promotion and Regional Integration) license separately to a newly-launched private airline named North Air in order to boost tourism in the region, according to a press release.